A former Maui County official and the Honolulu businessman who paid him $2 million in bribes in exchange for more than $19 million in wastewater contracts each pleaded guilty Monday in one of the largest bribery cases ever prosecuted in Hawaii.

Stewart Olani Stant, who was formerly a wastewater manager and the director of Maui’s Department of Environmental Management, and Milton Choy, the owner and manager of the wastewater company H2O Process Systems LLC, entered their pleas in separate hearings at U.S. District Court in Honolulu.

They are each scheduled to be sentenced on Jan. 4 on one count of honest services wire fraud. Stant faces up to 20 years in prison while Choy faces up to 10.

EX-NEVADA DEPUTY AG GETS NO BAIL IN HAWAII KILLING CASE

In exchange for their pleas, prosecutors won't bring additional charges against them.

Assistant U.S. Attorney Ken Sorenson told reporters after the arraignment hearings that prosecutors will seek charges against those who try to profit off public coffers through bribes or other illicit, corrupt activity.

Stant is the latest public servant to admit to taking bribes from Choy. 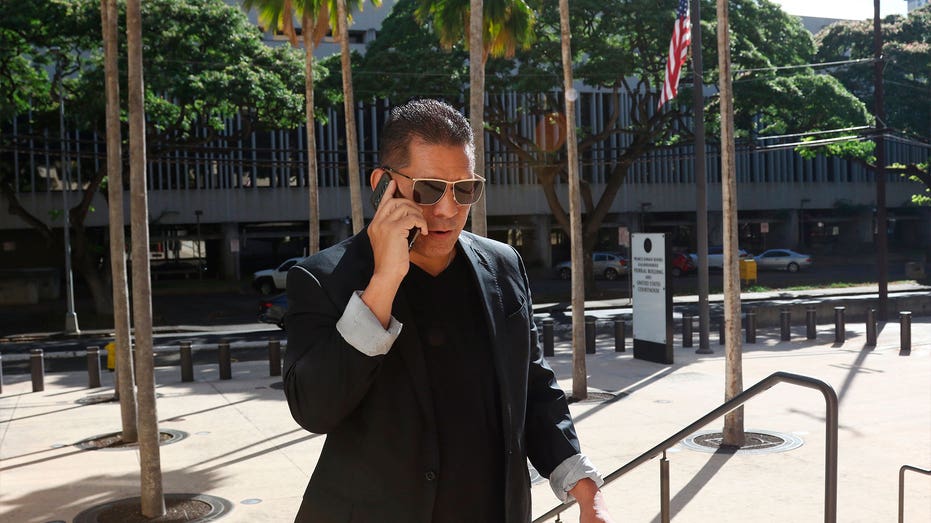 Court documents say Stant managed the county's Wastewater Reclamation Division from at least October 2012 to December 2015. After that, he was the director of the county's Department of Environmental Management until December 2018.

Prosecutors say they will seek to have Stant forfeit the $2 million he obtained from Choy and have Choy forfeit some $15 million he, in turn, gained from the contracts.

Stant’s attorney, Cary Virtue, said outside the courthouse that he couldn’t comment on what his client needed the money for.

Michael Green, Choy's defense attorney, said Stant and Choy had known each other a long time.

"And then you do a favor for one person, and it goes into another favor. And then, pretty soon somebody has a mortgage payment to make, they have a car payment to make. All of a sudden, somebody is going to Vegas to see a show and it kind of escalates," Green said.

Clare Connors, the U.S. attorney for Hawaii, said last week the Stant case was one of the biggest bribery cases her office had ever investigated and prosecuted.

In July, former state Senate Majority Leader J. Kalani English was sentenced to three years and four months in prison for taking bribes from Choy. Former state Rep. Ty Cullen, who served as vice chairperson of the House Finance Committee, is scheduled to be sentenced on Oct. 20.

Maui Mayor Michael Victorino on Friday said the events leading to the charges occurred during the previous county administration. He said he has ordered an audit of all no-bid contracts awarded to Choy's companies.

"Whenever corruption undermines the public trust, those responsible must be investigated, prosecuted, and punished to the fullest extent of the law," Victorino said in a statement.

Hawaii this year enacted several reform bills that lawmakers passed to clean up politics after the allegations against English and Cullen emerged.

The new laws include one that prohibits holding fundraisers during the legislative session and another requiring certain nonprofit organizations operating as noncandidate committees to disclose the names of donors giving them more than $10,000.

The Commission to Improve Standards of Conduct, which is an independent panel created by the House of Representatives, is expected to submit recommendations in December for more reforms.