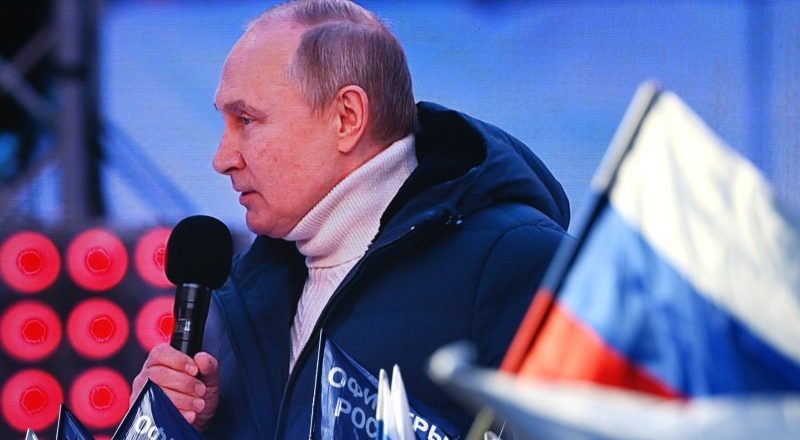 Russia’s cash cow is starting to feel some pain

A near-total ban on imports of Russian crude into the European Union is finally hitting Russia’s oil revenue. Concerns that it would provide the Kremlin with a windfall to fund its war in Ukraine have been confounded — for now.

The US Administration feared that EU sanctions on Russia’s seaborne crude, which came into effect on Monday, would send prices soaring. The particular worry was a ban on the provision of ships and services like insurance and financing for Russian cargoes moving anywhere in the world. 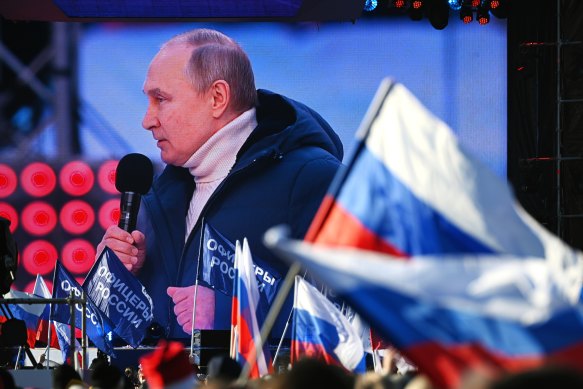 Russia’s oil revenue has been central to its ability to fund the war in Ukraine and blunt the impact of the West’s economic sanctions.Credit:AP

To mitigate the impact, the US proposed a price cap on Russian exports. Cargoes purchased at a price below the cap, eventually set at $US60 a barrel, would be exempt from the shipping and services ban.

But it looks like they needn’t have worried — at least not yet.

The last Russian barrels have been shipped to ports in Europe. Moscow has lost a market on its doorstep for more than 1.5 million barrels a day. It looks set to lose sales of another 500,000 barrels a day by the end of the year, if Poland and Germany follow through on pledges to halt pipeline imports.

Yet, far from soaring, oil prices have slumped. By Friday, day five of the import ban, benchmark Brent crude was trading below $US77 a barrel, and briefly dipped below $US76. That’s down by more than 14 per cent from the highs reached on Monday, after the sanctions came into effect.

Prices earned by Russia for its crude shipments have fallen even further. Its key Urals export grade was changing hands at little more than $US40 a barrel at the country’s Baltic ports, which remain the biggest outlet for its crude. That’s about the level identified as the breakeven cost of production and well below the $US60 a barrel price cap introduced alongside the EU import ban.

The continued importance of Russia’s Baltic ports even after it’s lost its European market shows the inability of the country to redirect oil flows. The only pipeline to China and Russia’s Pacific coast export terminal at Kozmino is already full and the only way to get supplies to Russia’s last remaining markets in China, India and Turkey is through long voyages around Europe and through the Suez Canal.

Far from creating a shortage of crude, the EU sanctions have created localised gluts in those markets.

A huge volume of Russian oil is competing with flows from traditional suppliers in the Middle East and sellers must give big discounts to offset the high cost of the longer journeys required to deliver cargoes from the Baltic. 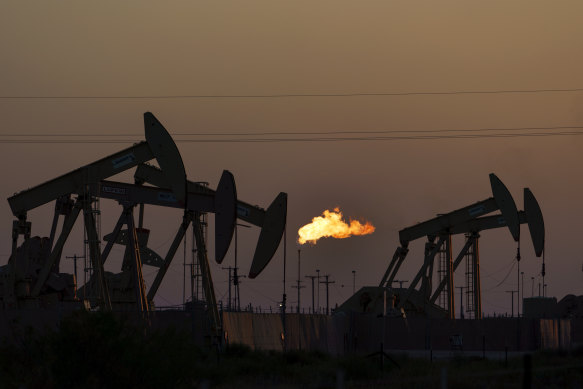 For now, the world is coping without Russian oil. Credit:AP

Meanwhile, Europe isn’t scrambling for crude. Russia’s invasion of Ukraine, which has stoked inflation, including for food and energy, has undermined European economies to the point where, as I suggested back in early November, the world can easily handle the loss of Russian barrels, at least for now.

That may change in the coming months. China is easing its COVID restrictions, which could eventually ignite fuel demand that has been crimped by travel restrictions and a slowdown in economic activity. That will tighten the market again.

There’s also a potentially more dramatic EU ban coming, on imports of Russian refined oil products like diesel. That could upend oil markets that are already short of the transport fuel.

Meanwhile, Russian President Vladimir Putin is threatening to cut oil production in response to the price cap on his crude. He may find that the oil industry takes the decision for him if it can’t sell its oil profitably.

The Kremlin is already facing a big hit to its revenue from crude export duty next month. Based on crude prices since the middle of last month, Russia’s per-barrel duty could well fall in January to its lowest since the COVID-19 pandemic slashed revenue in early 2020.

For now, the world has been well able to cope with the diversion of Russian crude from Europe to Asia, and the cost, as hoped in Western capitals, is falling on the Kremlin.