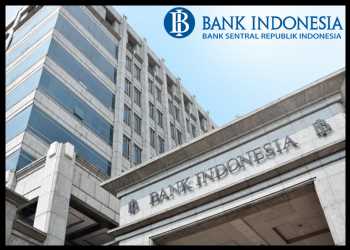 Indonesia’s central bank raised interest rates for a third policy session in a row, as expected, to rein in the rising inflation and to strengthen the weakening rupiah exchange rate, which was caused by increased capital outflows.

The Board of Governors decided to raise the seven-day reverse repo rate, or BI rate, by 50 bps to 4.75 percent, the Bank Indonesia said on Thursday.

Borrowing costs are at their highest since February 2020.

The previous change in the BI rate was a 50 bps hike in September.

The overnight deposit and lending facility rates were also raised by the same percentage, to 4.00 percent and 5.50 percent, respectively.

By increasing the interest rate structure on the money market, the bank expects to lower inflation expectations and ensure that core inflation returns to its target as early as possible.

Policymakers also have plans to strengthen the stabilization of the rupiah exchange rate by remaining in the market as part of efforts to control inflation, especially imported inflation.

The latest data revealed that consumer price inflation accelerated to 5.95 percent in September from 4.69 percent in August, due to higher oil prices in the wake of the Russia- Ukraine war.

Bank Indonesia believes inflation will be lower this year, than projected in September 2022. As a result, the inflation rate will be lower than its initial forecast, although still above the 3 plus or minus one percent.

The bank also observed that the domestic economy continues its improving trend and a strong domestic economy in the third quarter is predicted due to an increase in private consumption, non-construction investment, and continued strength in exports.

The economic growth this year is predicted to remain biased upwards within the projection range of 4.5 to 5.3 percent, the bank said in a statement.