Farmers warn of price hikes, forced to sell off cattle following another year of drought

Recent extreme temperatures in California and years of prolonged drought has created a bone-dry landscape in states across the country, ravaging crops and causing them to die off. Some farmers and economists are now warning that consumers are going to soon see price hikes for certain items and less food on store shelves.

With nearly half of the western region of the U.S. experiencing severe drought conditions, according to the National Drought Mitigation Center, and almost every area now classified as abnormally dry, some farmers are planting less while some ranchers are having to sell off cattle early and purchase less.

"You can’t all of a sudden cut your income in half, especially when most of your costs continue to stay there and continue to do that year over year," rancher Stan Van Vleck said. 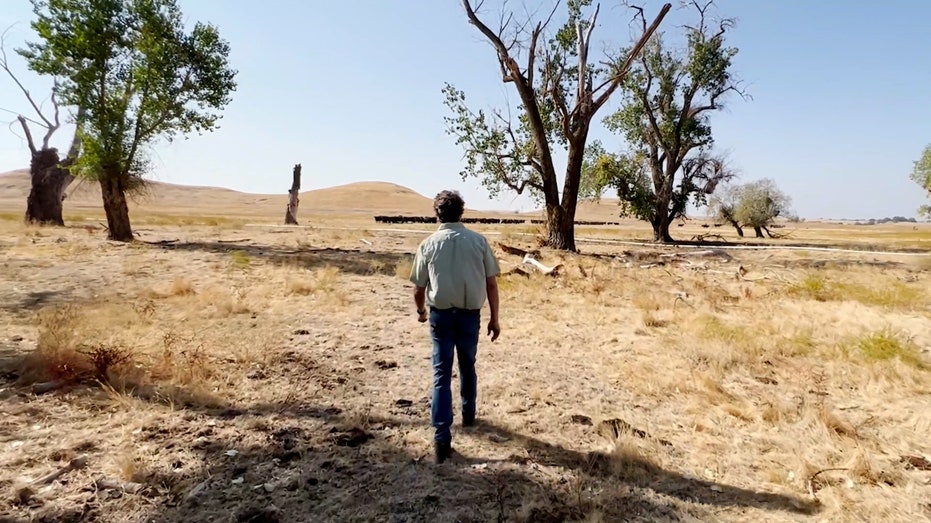 For ranchers like Stan Van Vleck, feed for cattle is getting harder to buy and is getting more expensive. Without the feed he says, the cattle can’t grow.  (Jiovanni Lieggi/Fox News / Fox News)

Soraing prices are also impacting farmers across the country, forcing some to fold and sell their farms. For farmers like Van Vleck, he’s having to scale back his operation.

"After a few years, people will end up having to sadly sell their business and go out of business, and that’s just not good for the consumer," he said. For several years in a row because of the rising costs of raising cattle and drought conditions, he has purchased about 30% less cattle to raise.

"Two to three years ahead of time, we’re going to have a much smaller beef cattle herd to work off of. For any beef we see in the grocery store, and that’s going to push prices up," American Farm Bureau Association Economist Daniel Munch said. 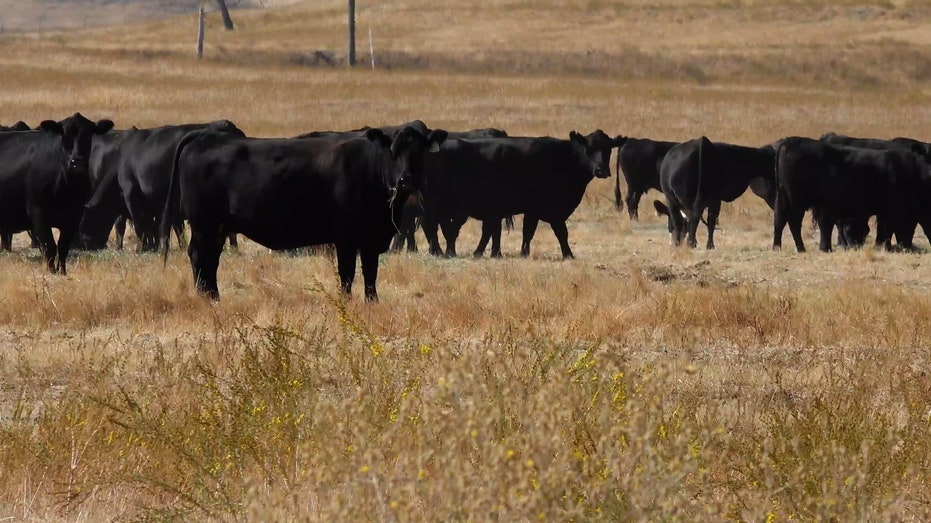 As drought conditions ravage crops and land across the country, cattle production has been impacted. Economists warn this could cause a domino effect, leading to less beef in stores and higher prices.  (Jiovanni Lieggi/Fox News / Fox News)

Van Vleck owns and operates a more than 150-year-old ranch in Northern California, near the Sacramento Valley, and it's in an area that hasn't had much rain. He's just one of the many farmers faced with this challenge. "Because there’s less water, we’re producing about 30-40% less beef," he said.

The latest cattle report from the U.S. Department of Agriculture shows the market has contracted to levels not seen in years, with total inventory dropping 2% to 98.8 million head since July 2021. 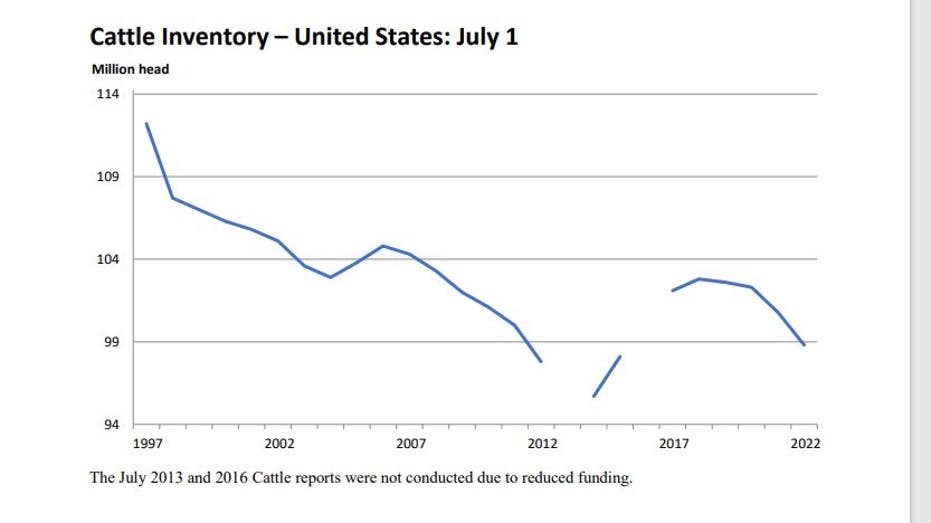 Cattle inventory has dropped to its lowest level in years as it continues to decline. (United States Department of Agriculture)

In some places like Texas, where cattle heard are produced, the drought has significantly worsened over the past year. Just this time last year, none of the state was in a severe drought. Now, more than 30% of land in Texas is considered to be in a severe drought.

"When we look at the full scope of the entire country, much more of the cattle are impacted and that’s going to push up prices for consumers over the next 2 to 5 years," Munch said. 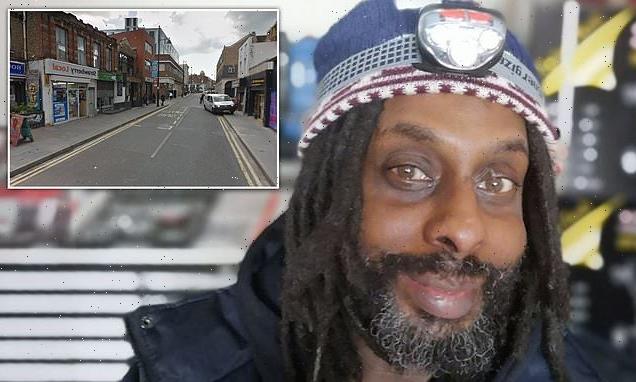