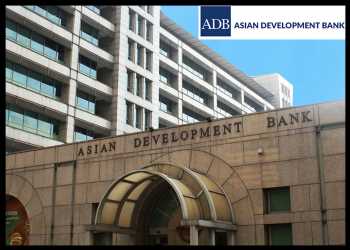 The Asian Development Bank lowered the economic growth forecast for the developing Asia and the Pacific region further citing the global slowdown, but raised the inflation outlook for next year due to persistent inflationary pressures from food and energy. The lender also said the Chinese economy is likely to grow slower than projected earlier due to the ‘zero-Covid’ approach and a struggling property market.

The developing Asia and the Pacific region is set to grow 4.2 percent this year and 4.6 percent next year, the Manila, Philippines-based ADB said in its latest update to its Asian Development Outlook report, released Wednesday.
The projections for the region were lowered from 4.3 percent and 4.9 percent seen in September.

Inflation forecasts for the region for this year was cut to 4.4 percent from 4.5 percent. The projection for next year, however, was raised to 4.2 percent from 4.0 percent, due to lingering inflationary pressures from energy and food.

China’s economic growth forecast for this year was cut to 3.0 percent from 3.3 percent, and the outlook for next year was lowered to 4.3 percent from 4.5 percent, citing the global economic slowdown.

Monetary policy tightening by central banks globally and in the region, the protracted Russian invasion of Ukraine, and recurring lockdowns in China are slowing down developing Asia’s recovery from the COVID-19 pandemic, the ADB said.

Despite the downgrade to forecasts, the developing Asia is expected to perform better than other regions globally, in terms of economic growth and inflation, the lender said.

ADB raised the growth forecast for Southeast Asia for this year to 5.5 percent from 5.1 percent, citing robust consumption and tourism recovery in Malaysia, the Philippines, Thailand, and Vietnam.

The outlook for next year, however, were cut to 4.7 percent from 5.0 percent due to the weakening global demand.

The Caucasus and Central Asia region’s growth forecast for this year was upgraded to 4.8 percent from 3.9 percent, as the spillover from the Russian invasion of Ukraine has been more benign than expected, the ADB said.

East Asia’s growth forecasts for this year were cut to 2.9 percent in 2022, due to the mobility restrictions in China plus deep contraction in Hong Kong. The growth outlook for next year was lowered to 4.0 percent.

South Asia’s growth forecast for this year was retained at 6.5 percent, while the projection for next year was revised down to 6.3 percent from 6.5 percent due to a slowdown in Bangladesh and flooding in Pakistan.

The projection for the Pacific was raised to 5.3 percent from 4.7 percent, due to a strong tourism recovery in Fiji.