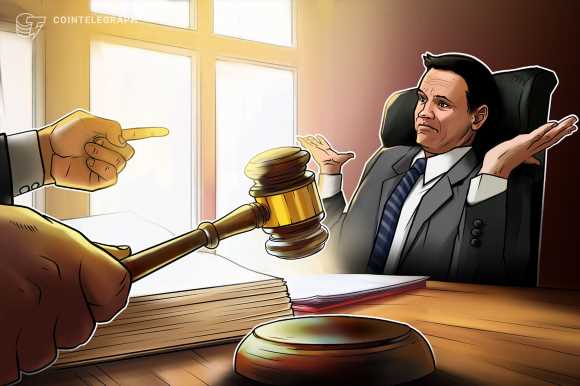 Days after pausing trading, withdrawals and deposits, crypto exchange Voyager Digital is filing for bankruptcy under Chapter 11 in the Southern District Court of New York.

Voyager’s Chapter 11 bankruptcy filing indicated that it is on the hook for anywhere from $1 billion to $10 billion in assets to more than 100,000 creditors.

The troubled crypto exchange wasted no time after the United States holiday to file for bankruptcy on July 5. In a Wednesday statement,  Voyager explained that the move is part of a “Plan of Reorganization.” When implemented, the plan would enable clients to reaccess their accounts again, and Voyager would “return value to customers.”

Voyager CEO Stephen Ehrlich stated in a July 6 tweet that he felt Chapter 11 was the best route for his clients, considering all factors. He assured that the move would protect assets on the platform and that Voyager will continue operating.

“The plan contemplates an opportunity for customers to elect the proportion of common equity and crypto they will receive, subject to certain maximum thresholds.”

“Customers with USD deposits in their account(s) will receive access to those funds after a reconciliation and fraud prevention process is completed with Metropolitan Commercial Bank,” it added. 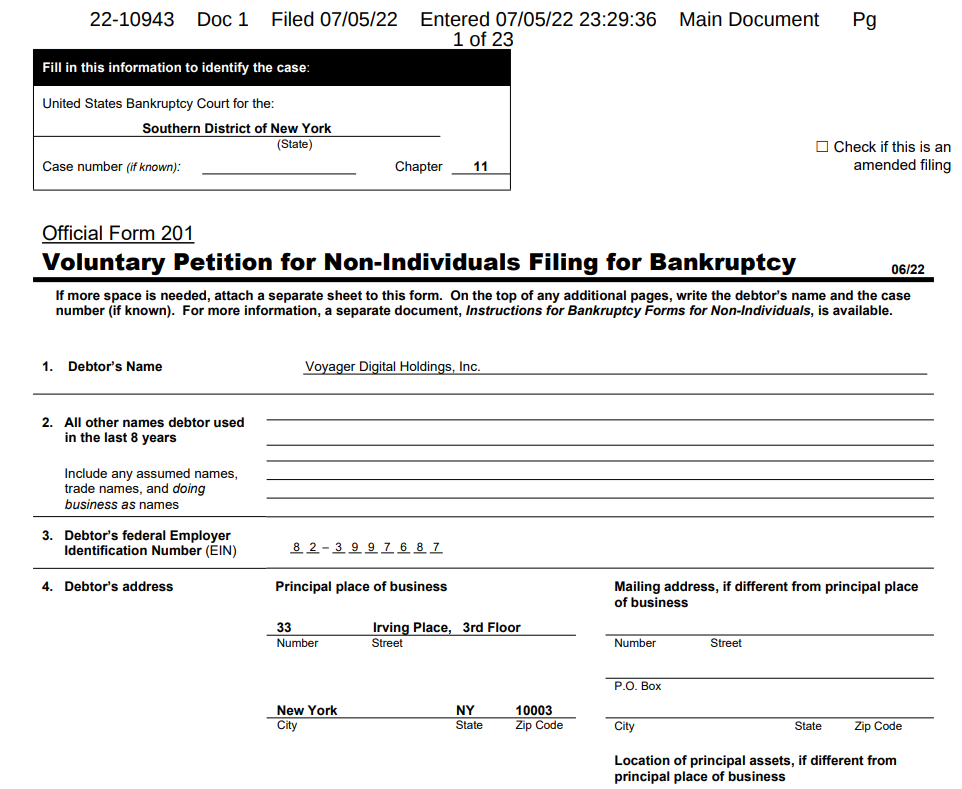 Voyager said that part of the reorganization process will see the company filing “First Day” motions that will allow it to maintain operations as usual.

Voyager said it intends to pay its employees in the usual manner and continue their “primary benefits and certain customer programs without disruption,” though trading, deposits, withdrawals and loyalty rewards will remain suspended.

Signs that Voyager and its clients were experiencing headwinds came after the lending platform entered into a $500 million loan agreement with trading firm Alameda Research to cover losses from its exposure to crypto venture capital firm 3AC.

A day later, the platform lowered its daily withdrawal limit to $10,000 and then, on July 1, announced that it would be suspending trading, deposits, withdrawals, and loyalty rewards distributions.

The company’s subsidiary, Voyager Digital LLC, also previously issued a notice of default to 3AC for failure to make the required payments for its loan of 15,250 Bitcoin (BTC) and $350 million USD Coin (USDC).

However, Three Arrows Capital is going through Chapter 15 bankruptcy proceedings and has reportedly been forced to be liquidated by the British Virgin Islands, suggesting that it could be difficult for Voyager to recover the funds it lent out.