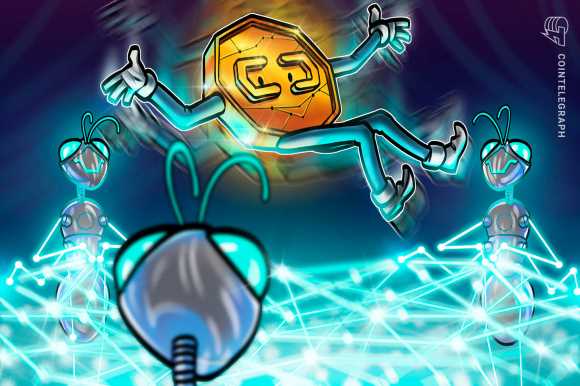 The Uniswap Labs community has already begun mulling over a new proposal that would form a Uniswap Foundation based in the United States (U.S.), but first, it’s going to cost $74 million.

The proposal has garnered mixed feedback from the community so far, with many praising the foundation’s plans to support and expand the Uniswap ecosystem, while others have balked at its hefty price tag.

The Aug. 5 proposal was put forth by Uniswap Labs’ former Chief of Staff Devin Walsh and Uniswap Grant Program lead Kenneth Ng, noting the foundation’s main aim is to “support the Protocol’s decentralized growth, reinvigorate governance, and serve as a Protocol advocate” according to Walsh. 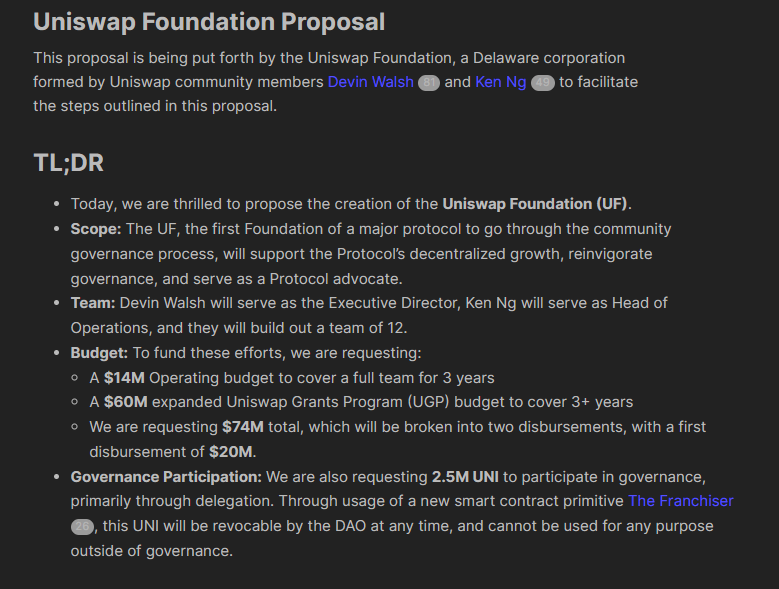 If it passes a vote, the Uniswap Foundation (UF) would be incorporated in Delaware and headed by Walsh as executive director, while Ng will become head of operations.

To make her vision a reality, Walsh has asked for $74 million in UNI tokens over three years, $60 million of which would be used for its own Uniswap Grant Program (UGP), while another $14 million will be used as “operating budget” to build out a team of 12.

Uniswap is the world’s largest decentralized exchange (DEX) by trading volume. Uniswap V3, the third version of the DEX has done $793.8 billion in volume over the past 24 hours, putting it on par with centralized exchanges (CEXs) Huobi Global and KuCoin according to CoinGecko.

Uniswap founder Hayden Adams proclaimed in an Aug. 4 tweet that he was “Sooo excited about this proposal.” Adams seemed confident that the proposal would pass when he added, “After this passes, the Foundation will be yet another team working towards a future where the Protocol does not just survive — it thrives!”

Although the proposal has so far enjoyed a fair amount of support from Adams and others in the Uniswap community, it has run into a significant cohort of detractors who say the price is far too high.

Partner at Cinneamhain Ventures Adam Cochran shared his approval for the goals of the UF, but added in an Aug. 4 tweet that the $60 million for the UGP “is misguided at this phase.”

Cochran pointed out that the $7 million in grants that the current UGP has already issued have been spent on “underwhelming” issues. He concluded that while there have been several worthwhil ventures the UGP has invested in, “I don’t think the current performance merits “Give us $60M + $14M to run it for 3 years.”

Co-creator of decentralized game Dark Forest Scott Sunarto also felt that the UF’s goals were in line with the protocol’s potential for growth, but that there was too much “fluff” in the proposal. He suggested the UF concentrate efforts on “protocol growth and R&D.”

The proposal will be put to a final vote on the Snapshot governance voting platform on Aug. 8 if the current ongoing straw poll passes.