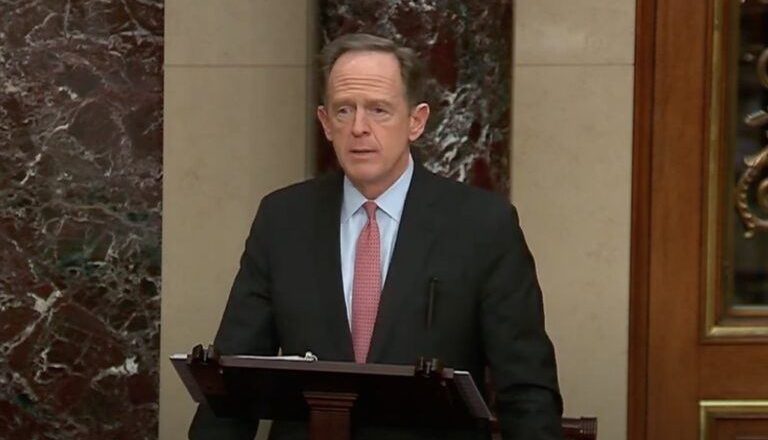 On Wednesday (14 December 2022), U.S. Senator Pat Toomey (R-PA) explained during a hearing of the Senate Banking Committee that what caused the collapse of FTX was not crypto but the exchange’s bad behavior.

Toomey’s comments were made during the “Crypto Crash: Why the FTX Bubble Burst and the Harm to Consumers” hearing of the U.S. Senate Committee on Banking, Housing, and Urban Affairs.

Toomey, who is retiring from his Pennsylvania Senate seat in a few weeks, said:

“The code committed no crime. FTX and cryptocurrencies are not the same thing. FTX was opaque, centralized and dishonest. Cryptocurrencies usually are open source, decentralized, and transparent. To those who think this episode justifies banning crypto — and i’ve actually heard that suggested — I’m asking to think about several other historical parallels.

“The 2008 financial crisis involved obvious misuse of products related to mortgages. Did we decide to ban mortgages? Of course, not. Commodity brokerage firm run by former New Jersey Senator Jon Corzine collapsed after customer funds including U.S. dollars were misappropriated to fill a shortfall from the firm’s trading losses. Nobody suggests that the problem was the U.S. dollar or that we should ban.

“With FTX, the problem is not the instruments that were used. The problem was the misuse of customer funds, gross mismanagement, and likely illegal behavior.“

According to a report by Cointelegraph, he went on to say:

“Some of my colleagues have suggested somehow pausing cryptocurrency before we pass legislation. This is a profoundly misguided not to mention impossible idea. Short of enacting draconian authoritarian policies, cryptocurrency cannot be stopped.“

On 15 December 2022, Toomey was asked during an appearance on CNBC’s “Squawk Box” if FTX would have collapsed if the crypto had been regulated.

“The way i think about it is it is certainly still possible to commit fraud even if you have say, a regulated securities exchange, you could still commit fraud. It’s a lot harder because there’s a lot more transparency. There are people looking around.

“And another factor that i think we should consider is if we had a well-defined regulatory regime that was properly enforced in the United States, I think that’s where the business would go. I’m not sure how much business Sam Bankman-Fried would be doing an offshore unsupervised because people would recognize that the regulated exchange probably has to follow rules about segregating customer accounts, execution, probably they can’t front-run customers.

“You know, the kinds of things that we take for granted in trading platforms would probably be applied if we had this sensible regulatory regime and then that’s where business would gravitate i think.“