Home » Crypto » The Internet Is Asking, "Is Bitcoin Dead?" 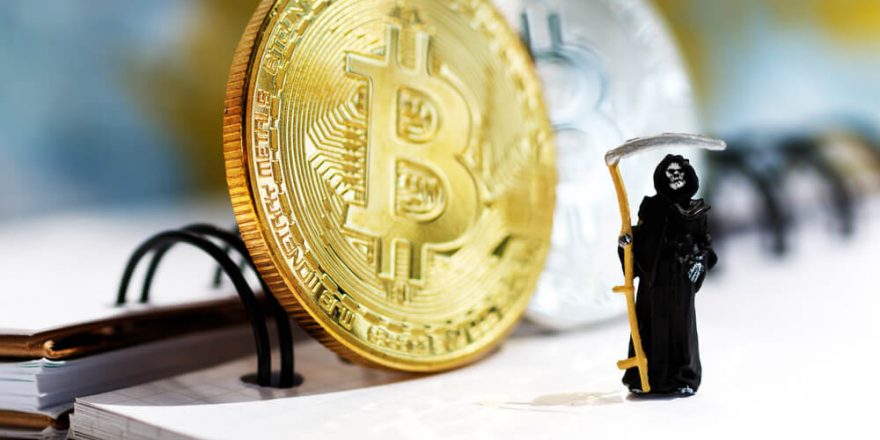 The Internet Is Asking, "Is Bitcoin Dead?"

The Death of Bitcoin Is Once Again Being Proposed

If one were to look at the internet history of the past several weeks, they would certainly assume so. The question has been asked more times through internet search engines during the last few days than it has in the entire history of the world’s number one digital currency by market cap.

To be fair, it’s not like this question hasn’t been asked before. Two other moments in time in which the question was asked that one can think of are 2015 and 2018. During those periods, bitcoin was sinking into oblivion. The asset, seven years ago, was experiencing a dismal time in which it fell below $200 briefly in the first few months of that year.

In 2018, arguably the time that bitcoin was suffering the most up until now, the asset fell from about $20,000 during the final months of 2017 to about $3,500 during November of the following year. That means bitcoin lost roughly 70 percent of its value in 11 months.

The asset eventually picked itself back up again and reached new highs during the time of the coronavirus pandemic, but now, it appears bitcoin is significantly down for the count. It has lost 70 percent of its value all over again, and the question of bitcoin’s death has become a prominent one for the umpteenth time.

Simon Peters, an analyst with crypto exchange e-Toro, explained in an interview:

The current market conditions don’t provide much room for optimism. Valuations are severely depressed after a buoyant performance in the past 18 months. We’re now back in the region of valuations as they were in 2020, but prices are still moving above levels we saw just 18 months ago. While pointing out the long-term perspective on any asset isn’t always easy reading for investors who bought in at higher levels, what is critical here is that any long-term investment case made for the crypto asset should remain when the underlying ideas are considered, and historic price trends are factored in.

So Many Losses in So Little Time

The past seven months have been truly devastating for both bitcoin and many of its altcoin cousins. BTC has fallen from a peak of $68,000 last November to about $20,000 at the time of writing. That’s a loss of nearly $50,000. Other currencies, such as Ethereum, have also taken major steps backwards and are now trading at dismal prices.

The problems surrounding crypto can likely be attributed to many things, inflation being a big one. The world is suffering economically and in regions like the U.S., inflation is at a 40-year high given that the Federal Reserve continues to hike rates and make it harder for people to take out the necessary loans to purchase homes, cars, and other necessities.