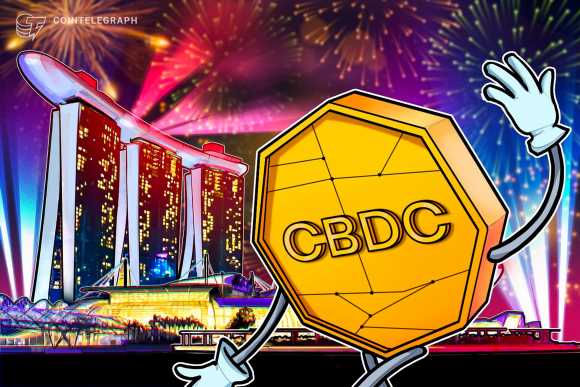 Singapore’s MAS says no urgent case for retail CBDC, but launches 4 fast trials of it

The Monetary Authority of Singapore (MAS) has wrapped up the first stage of its Project Orchid examination of a retail central bank digital currency (CBDC). According to the white paper released on Oct. 31, there is no “urgent case” for a retail CBDC in Singapore, but the study envisioned the infrastructure required in case a need arose. It also conceptualized a new model for digital currency — purpose-bound money — and pulled large Singaporean banks and government agencies into the research with a series of trials.

Singaporean consumers do not need a retail digital dollar at present because of the high quality of services already available, the authors wrote. They indicated, however, that the most foreseeable use case may be for the benefit of the MAS rather than users:

“Electronic payments in Singapore are pervasive, and households and firms in Singapore are already able to transact digitally in a fast, secure and seamless manner today. […] The case for a retail CBDC in Singapore could strengthen over time, especially if innovative uses emerge or there are signs that digital currencies not denominated in SGD are gaining traction as a medium of exchange locally.”

The MAS uses the concepts of programmable payment (“the automatic execution of payments once a pre-defined set of conditions are met”) and programmable money (“embedding rules within the medium of exchange itself that defines or constraints its usage”) to devise its purpose-bound money (PBM), which “specifies the conditions upon which an underlying digital currency can be used.”

This highly constrained, nonintermediated form of CBDC would serve well for vouchers, the authors of the white paper said. Four trials will be conducted at the Singapore FinTech Festival from Nov. 2 to 4.

DBS Bank said it would issue digital Singapore dollars with smart contract capabilities enabled by the Open Government Products office in a pilot program that would make instant settlement possible, saving merchants one or two days of processing time. One thousand consumers and six merchants are participating in that trial. The bank, which is Singapore’s largest, said that PBM would be applicable in the Community Development Council scheme that provides households with vouchers to counteract inflation and the high cost of living.

Other financial institutions will issue commercial vouchers that can be used at the festival, disburse government funds to people without bank accounts and disburse grant money to financial training providers.

Singapore has been researching a wholesale CBDC since 2016, but this white paper was the first step in the MAS’ expansion into a retail CBDC, which began last year.