Home » Crypto » Sam Bankman-Fried wants to see indictment before extradition to US: Report 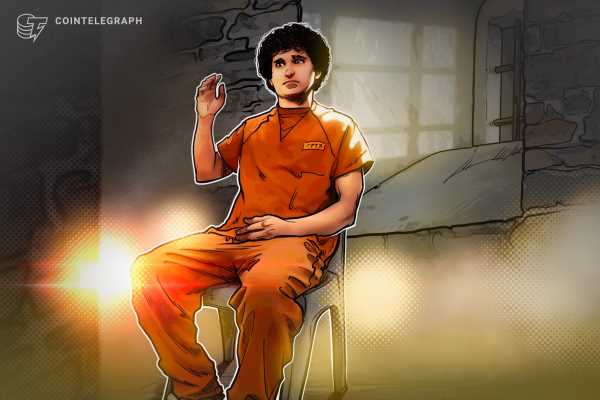 Sam Bankman-Fried wants to see indictment before extradition to US: Report

Former FTX CEO Sam Bankman-Fried, who is currently facing multiple charges related to wire fraud and securities fraud, reportedly said he wanted to see the indictment against him before agreeing to be extradited to the United States.

Appearing in an emergency hearing of the Bahamas Magistrate Court on Dec. 19 for the first time since his bail was denied, Bankman-Fried reportedly said he was willing to not fight the process required for extradition to the United States but wanted to see all the charges against him. He spent the last week in the Bahamas’ Fox Hill Prison, a facility with previously reported cases of physical abuse against prisoners and “harsh” conditions.

The team behind YouTuber Ben Armstrong, also known as Bitboy Crypto, reported on Twitter that they appeared in person at the hearing to “look @SBF_FTX in the eyes.”

In the United States, Bankman-Fried faces charges from the Justice Department, Commodity Futures Trading Commission, and Securities and Exchange Commission related to defrauding investors and lenders. Under his leadership, FTX and associated individuals also made millions in donations to political candidates, allegedly violating campaign finance laws.

It’s unclear why the former FTX CEO may not fight extradition. If found guilty of all charges, reports suggest he could face a 115-year sentence. He was returned to the Bahamas Department of Corrections’ custody following the hearing, where he is expected to remain until Feb. 8.

Related: Democrats to reportedly return over $1M of SBF’s funding to FTX victims

Officials in the Bahamas arrested Bankman-Fried on Dec. 12 just hours after he had conducted a series of online interviews as part of the former CEO’s apology tour related to the collapse of FTX. Authorities reported SBF was originally sent to the prison’s hospital wing — presumably as part of efforts to administer his medication, including Adderall and antidepressants.