Home » Crypto » Ripple Is Stuck in a Range as Sellers Retrace Steps to the $0.34 Low 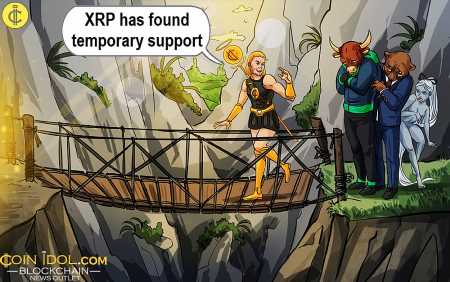 Ripple Is Stuck in a Range as Sellers Retrace Steps to the $0.34 Low

The price of Ripple (XRP) is in a downtrend, but fluctuating between $0.42 and $0.48 price levels. Selling pressure could resume if sellers break the $0.42 support or the 50-day line SMA.

According to period 14 of the Relative Strength Index, Ripple is at level 49, which indicates that supply and demand are in balance. Depending on how long the price bars remain between the moving average lines, Ripple could re-enter a trading range. Below the 50% range of the daily stochastic, XRP has negative momentum. 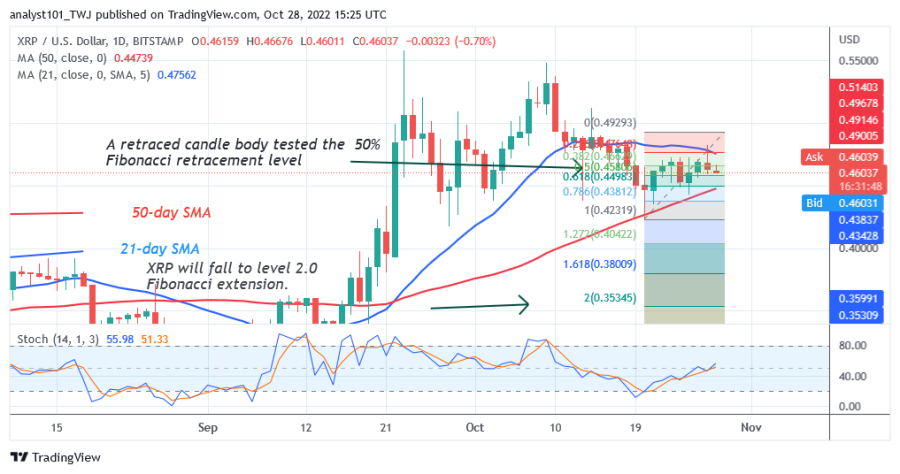 The price of Ripple (XRP) has consistently moved in and out of moving average lines. After a pullback to the downside, the candlestick of XRP tested the 50% Fibonacci retracement level on October 20. After the correction, XRP will fall to the 2.0 Fibonacci extension level or $0.35. 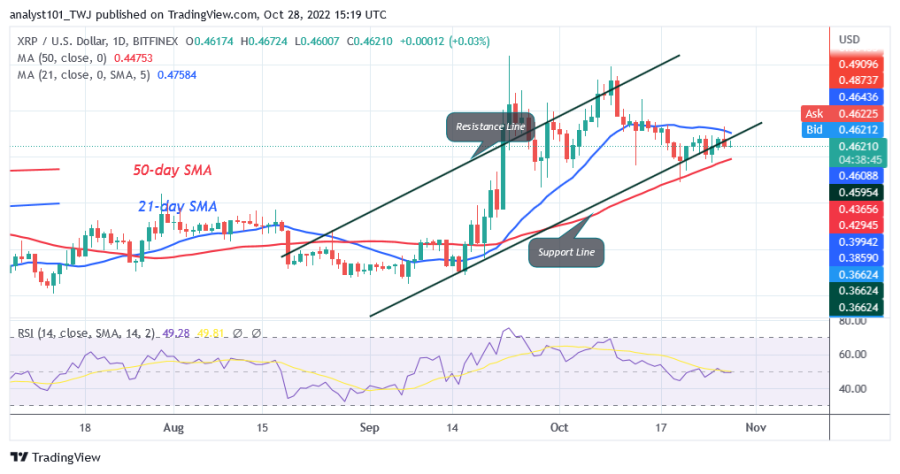