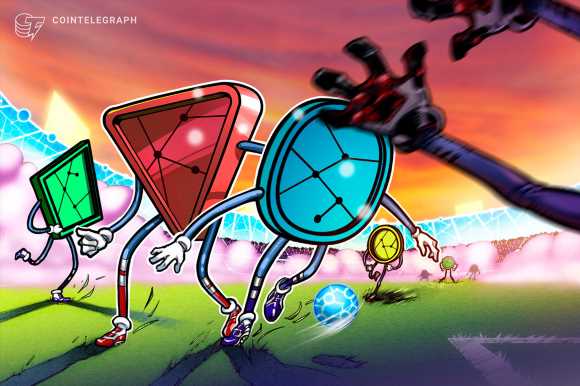 Professional English soccer team Crawley Town F.C. have followed through on a community vote by fans and NFT holders who were recently given a voice on what type of player the team should recruit next.

The vote, which took place on June 15, which was the first team decision opened up to fans, took place for verified NFTs hodlers via a temporary Discord channel. Votes were also taken from nearly 1,000 season ticket holders.

Speaking with the Daily Mail on July 28, Crawley Town co-owner and former ESPN gambling analyst Preston Johnson emphasized the significance of being able to offer fans a stake in the club via NFTs:

“A lot of NFT projects are just speculation with no real tangible spine, no real true story. Having a football club to root for every week? That’s a spine that people attach themselves to.”

“If we can bring that to this crypto audience, especially if we’re able to actually achieve promotion and move up the ranks of the English football league, then it’s an even bigger story people all around the world can be part of,” he added.

Following the vote, Crawley Town announced the signing of midfielder Jayden Davis last week on a free transfer after the 20-year-old completed a successful trial with the club.

Crawley Town plies its trade in League Two, which for those not well versed in English soccer, is confusingly the fourth tier of the English professional league structure. The team was purchased by U.S. crypto and Web3 firm WAGMI United (We’re All Gonna Make It) for an estimated $20 million in April.

The firm, founded by Johnson and derivatives trader Eben Smith has the long term goal of taking Crawley Town all the way up to join the likes of Liverpool F.C. and Manchester City in the English Premier League (EPL), the top tier in England.

WAGMI United is also owned by more than 30 investors, with big names such as entrepreneur Gary Vaynerchuck and Philadelphia 76ers president of basketball operations Darly Moery being on that list.

In June WAGMI United rolled out alternate team jerseys for Crawley Town that could only be purchased via its NFTs. The tokens also offer hodler’s key benefits such as voting decisions on aspects such as player transfers, along with free Adidas merchandise and exclusive physical and virtual events.

WAGMI United initially rolled out 10,000 NFTs, and according to the firm’s website there are 1933 remaining that can be minted for 0.35 Ether (ETH) worth around $600 at current prices.

Related: Cristiano Ronaldo to get football fans into Web3 with Binance partnership

Other companies such as Socios have developed their own way of fan engagement via licensed fan tokens with partnered professional teams. The firm offers hodlers of the fan tokens benefits such as VIP events, meet and greets, collectibles and Socios merch, but notably does not offer fans any meaningful voting rights over their beloved teams.

The prices of Socios fan tokens are also known to be highly volatile and speculative, which has resulted in strong criticism from many soccer fans who have expressed concerns over the prospect of people losing money while also having their fandom monetized.

Organized groups such as Football Supporters Europe have also spoken out at being “appalled” over UEFA’s (European soccer’s governing body) decision to sign a three-year partnership with Socios back in February, citing such reasons.