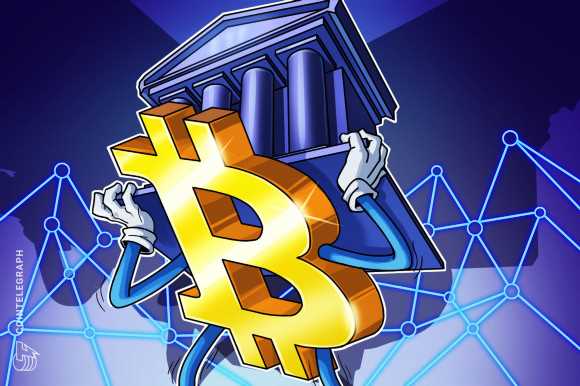 Prominent economist Peter Schiff, who is well-known in the community for his anti-crypto sentiments, had his bank shut down by Puerto Rico regulators. The revelation, however, led to Crypto Twitter pointing out the “irony” as Schiff’s prediction for Bitcoin (BTC) came true for his own traditional bank.

Puerto Rico regulators closed down Schiff’s bank for not maintaining the net minimum capital requirements, which further impacted the customers as they lost access to their accounts following a subsequent freeze.

While acknowledging that “customers may lose money,” Schiff stated that he was unaware of the regulatory minimums and was not presented with any form of legal notice prior to the abrupt closure. He added:

“It costs a fortune to run a small bank. That’s why I never really made any money. The compliance costs are outrageous.”

As a witness to what many consider an epic plot twist, the crypto community took the opportunity to explain the importance of Bitcoin in reinventing the core of traditional finance.

Bitcoin podcaster Stephan Livera, too, chimed in on the development as he said, “He’s [Schiff] been a #bitcoin skeptic since $17.50.” The sudden closure of Schiff’s bank in Puerto Rico reignited the discussions around Bitcoin’s resistance to judicial supremacy.

“The irony here is priceless,” added @HodlMagoo, while others rhetorically helped Schiff find a promising alternative to traditional finance, asking “Do you understand why you need bitcoin now?”

On the other end of the spectrum, Puerto Rico has been receptive to crypto acceptance in the region. On April 20, Puerto Rico authorities became the fourth jurisdiction in America to award a money transmitter license to Binance.US, a United States-based subsidiary of crypto exchange Binance.

While the crypto community empathizes with Schiff and the bank’s customers for their losses, the episode further cements Bitcoin’s position as the ultimate replacement of traditional finance.

Analysts from Deutsche Bank forecasted BTC prices to rebound back to $28,000 by the end of the year despite an ongoing bear market.

Analysts Marion Laboure and Galina Pozdnyakova envisioned the Standard and Poor (S&P) to rebound back to its January levels, which in turn, could result in a 30% increase in Bitcoin’s value from current levels midway through 2022 — bringing up its price to the $28,000 mark.