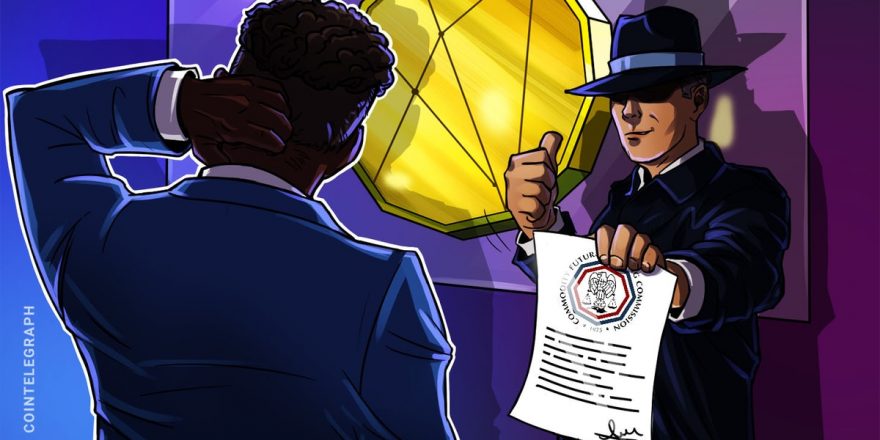 The Commodity Futures Trading Commission (CFTC) has begun the process of getting a default judgment in its case against Ooki DAO after the latter missed the deadline to respond to the lawsuit.

According to a Jan. 11 court filing, the regulator has requested the court for an “entry of default” against the decentralized autonomous organization (DAO), stating it had missed the deadline to “answer or otherwise defend” as instructed by the summons.

If approved, the entry of default will establish Ooki DAO has failed to plead or defend itself in court and will no longer be able to answer or respond to the suit.

An “entry of default” is the first step in the process of gaining a default judgment — a ruling handed down by the court when the defendant fails to defend a lawsuit.

The lawsuit in question was filed by the CFTC on Sep. 22, 2022, alleging Ooki DAO of illegally offering “leveraged and margined” digital asset commodity transactions to retail traders along with failing to enact a way to identify customers and “engaging in activities only registered futures commission merchants (FCM) can perform.”

Related: CFTC action shows why crypto developers should get ready to leave the US

The lawsuit was served to the DAO through its help chat box along with a notice on its online forum.

In Dec. 2022, District Judge William Orrick ordered the regulator to serve Tom Bean and Kyle Kistner, the founders of a predecessor trading platform to Ooki DAO, adding the CFTC “should serve at least one identifiable Token Holder if that is possible.”

Bringing forward the lawsuit without clear regulatory guidelines had many criticize the regulator. CFTC commissioner, Summer Mersinger, even called the action a “regulation by enforcement” approach.

The case could set an interesting precedent for future lawsuits involving DAOs as charges and enforcement will be carried out against an organizational structure with no central body that often includes anonymous members.

In a Dec. 20, 2022 court filing, Judge Orrick said Ooki DAO “has the capacity to be sued as an unincorporated association under state law” but said that does not “necessarily establish” the DAO is an association which can be held liable under commodities regulations.

He added those questions can be addressed “later in litigation.”