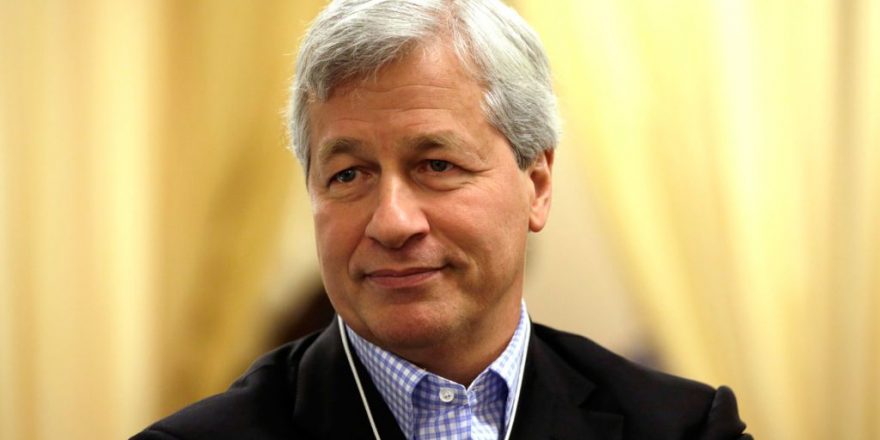 Could bitcoin, Ethereum, and other digital assets experience further dips in their prices? According to Jamie Dimon, the man heading JPMorgan, the answer is a resounding “yes,” as he believes a recession is on its way and right around the corner.

Sleepy Joe Biden recently warned of a “slight recession,” again refusing to take a hard stance like a tough president and the leader of the free world should do. The fact is that under his guise, the United States and its allies have faced a wide array of economic problems including the highest inflation in 40 years, rising food and gas prices, and crashing assets. The latter has occurred as the Fed has been forced to hike rates over and over as a means of fighting ongoing price hikes.

Each time rates go up bitcoin and other assets see their prices sink even further. As a result, the crypto space has lost more than $2 trillion in overall valuation over the last few months alone, and bitcoin – once trading at a high of about $68,000 per unit – has fallen by more than 70 percent and is now clinging desperately to the low $19K range.

Dimon thinks a recession is not only imminent, but it’s likely to lead the U.S. economy into even further disarray. He says that prices of stocks and related assets are likely to sink another 20 percent and commented in a recent interview:

These are very, very serious things, which I think are likely to push the U.S. and the world. I mean, Europe is already in recession, and they’re likely to put the US in [a] recession six to nine months from now. This is serious stuff… The next 20 percent would be much more painful than the first.

Despite its attempts to limit inflation, Dimon thinks the Federal Reserve acted too late and did too little to try and handle the problem accurately. He stated:

And, you know, from here, let’s all wish him [Fed chair Jerome Powell] success and keep our fingers crossed that they managed to slow down the economy enough so that whatever it is, is mild and it is possible.

Crypto analysts agree with Dimon that more volatility for bitcoin and other digital assets could arrive in the coming months as the economy works itself out. Joe DiPasquale – chief executive of crypto hedge fund Bit Bull Capital – mentioned in a statement:

Now the bulls will need to defend $19,500 in order to keep chances of a rally alive. Bitcoin’s failure to breach $20,500 has led to a correction. [Should] the support break, we can look toward $19,000 and below. However, more volatility is expected this month due to CPI data.