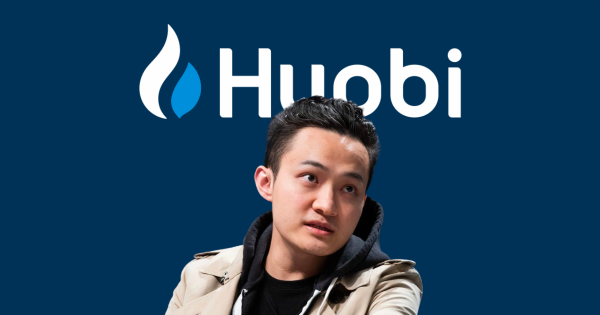 Huobi Global has had a rough couple of days recently. Huobi’s exchange token and trading volume have taken a hit after reports that the company is drastically reducing its workforce, forcing workers to accept their wages in stablecoins, and blocking internal staff communication channels in an effort to suppress a mutiny. The cryptocurrency community at large seems to believe Huobi is headed for insolvency.

What’s Going On With Huobi?

Huobi is currently the subject of massive controversies. Rumors of the company laying off its staff began circulating a few days ago. Huobi advisor Justin Sun, who has been representing the business publicly, first disputed the Huobi layoffs in an interview with Hong Kong’s SCMP. Yet, since then, the company has done a 180, and a Huobi representative has confirmed the exchange’s intentions to decrease personnel by 20%.

In a tweet sent on January 5, Sun said that the commercial growth of the exchange was going well and that the safety of the users’ assets will always be maintained to the fullest extent.

Earlier, on January 3, cryptocurrency writer Colin Wu revealed that Sun had altered the way that staff wages at Huobi were paid from being paid in fiat currency to being paid in either Tether (USDT) or USD Coin (USDC).

Wu said that the employees on staff who were opposed to the move may be terminated. The crypto writer also claimed in December, citing anonymous insiders, that Huobi had canceled year-end bonuses and planned to lay off as many as 550 of its 1,200 employees.

Huobi Global is headquartered in Seychelles, although it also has offices in Hong Kong, the United States, Japan, and South Korea. It is a company that trades on the Hong Kong Stock Exchange and is thus open to the general public.

If the company really is in danger of insolvency, it will be a huge blow to the crypto industry.