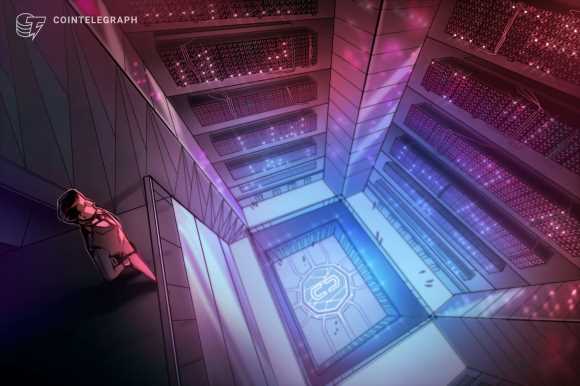 Australian Bitcoin mining firm Iris Energy is the latest to suffer from the squeeze of the crypto bear market, losing a significant chunk of its mining power after defaulting on a loan.

A filing by the firm to the U.S. Securities and Exchange Commission on Nov. 21 revealed that it has unplugged its hardware used as collateral in a $107.8 million loan as of Nov. 18.

The units “produce insufficient cash flow to service their respective debt financing obligations,” the firm noted. The operation generates around $2 million in Bitcoin gross profit per month but cannot cover the $7 million in debt obligations.

Iris has now reduced its capacity by around 3.6 EH/s (exahashes per second) of mining power. It stated that capacity remains at around 2.4 EH/s which includes 1.1 EH/s of hardware in operation and 1.4 EH/s of rigs in transit or pending deployment.

The company stated that its “data center capacity and development pipeline are unaffected by the recent events,” and it will continue to explore opportunities to utilize its capacity. Iris is also looking at the prospect of “utilizing $75 million of prepayments already made to Bitmain in respect of an additional 7.5 EH/s of contracted miners for further self-mining.”

Earlier this month, the firm was served with a default notice for $103 million. Iris Energy primarily operates Canadian BTC mining centers that run on fully renewable energy. In early August, the firm doubled its hash rate after energizing facilities in Canada.

This is causing a lot of them to either power down their hardware or start selling the asset. On Nov. 21, Capriole Fund founder Charles Edwards observed that the current rates of miner selling had been the most aggressive in almost seven years.

“If price doesn’t go up soon, we are going to see a lot of Bitcoin miners out of business,” he added.

That price increase is unlikely to come anytime soon. Bitcoin slumped to a new bear cycle low of $15,649 during the early hours of Asian trading on Tuesday, Nov. 22, according to CoinGecko.