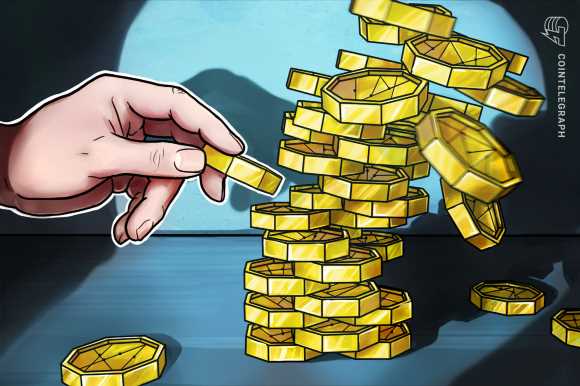 According to the latest edition of CoinShares’ weekly “Digital Asset Fund Flows” report, Canadian investors offloaded a whopping $487.5 worth of digital asset products between June 20 and June 24.

The total outflows for the week were partially offset by $70 million worth of inflows from other countries, with U.S.-based investors accounting for more than half of the inflows with $41 million.

Outside of the U.S., investors from Germany and Switzerland accounted for inflows totaling $11 million and $10.4 million apiece. In comparison, Brazilians and Australians also pitched in with minor inflows of $1.6 million and $1.4 million.

Overall the outflows totaled $422.8 million, marking the largest weekly shedding by institutional investors since CoinShares records began. Notably, the figure is more than double the previous record of $198 million posted in January this year.

“Regionally, the outflows were almost solely from Canadian exchanges and one specific provider. The outflows occurred on 17th June but were reflected in last week’s figures due to trade reporting lags, and likely responsible for Bitcoin’s decline to US$17,760 that weekend.”

The sharp offloading of BTC products last week has nearly pushed the year-to-date (YTD) flows into the negative, with the figure now standing at just $26.2 million worth of inflows during 2022 so far.

Related: Final Capitulation — 5 reasons why Bitcoin could bottom at $10,000

Investment products offering exposure to shorting the price of BTC generated the largest inflows for the week at $15.3 million. CoinShares noted this was primarily due to ProShares launching the first-ever short Bitcoin exchange-traded fund (ETF) in the U.S. on June 22. 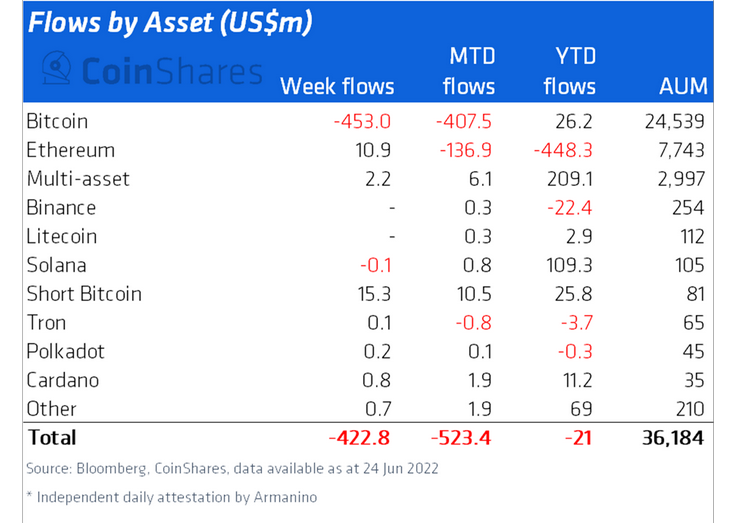