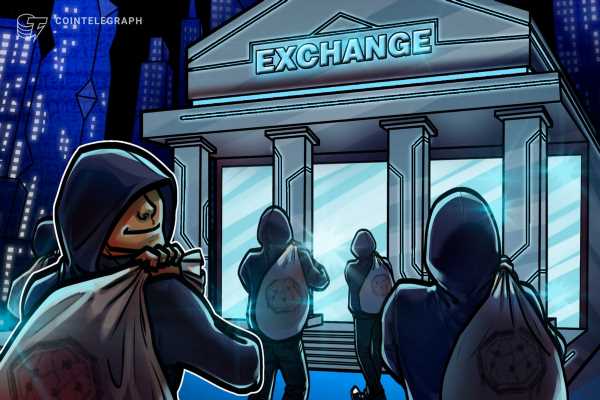 Setting aside the criminal investigations of failed crypto businesses like FTX, Celsius, 3AC, Terra and others, 2022 set the record in illicit on-chain transactions. According to a yearly report published by Chainalysis on Jan. 12, the total cryptocurrency value received by illicit addresses reached $20.1 billion in the last year.

The numbers aren’t final, as the measure of illicit transaction volume grows over time as the analysts identify new addresses associated with criminal activity. Moreover, it doesn’t include proceeds from non-crypto native crimes like drug trafficking and the funds on the balance of those failed companies, which are now under investigation in various jurisdictions around the globe.

Such numbers can be explained by the fact that 44% of 2022’s illicit transactions account for sanctioned entities — last year, the United States Office of Foreign Assets Control (OFAC) launched some of its “most ambitious and difficult-to-enforce” crypto sanctions. Sanctions-related transaction volume rose so drastically that it couldn’t even be included on the graphs due to scale issues. Chainalysis evaluates this growth at the 10% million mark.

The report cites an example of the crypto exchange Garantex. This Russian platform continued to operate while being listed on the OFAC sanctions register in April, and it hosted the majority of sanctions-related transaction volume in 2022.

As Eric Jardine, Cybercrimes Research Lead at Chainalysis, explained to Cointelegraph, the report counts wallets as “illicit” in case they are part of a known illicit entity, such as a darknet market or sanctioned platform. Personal or unhosted wallets may be tagged as illicit if they are holding funds stolen in a hack. However:

“If a personal/unhosted wallet sent money to Tornado Cash after its designation, that wallet would not be tagged as illicit for that activity, but the transaction volume would be considered “illicit” because it involves funds received by an illicit entity.”

In early January, the United Kingdom’s National Cyber Crime Unit (NCCU) launched a cryptocurrency unit to investigate U.K. cyber incidents involving the use of cryptocurrencies. This move aims to increase enforcement focus on crypto assets in the U.K. amid the government’s call to eliminate “dirty money” in the country.