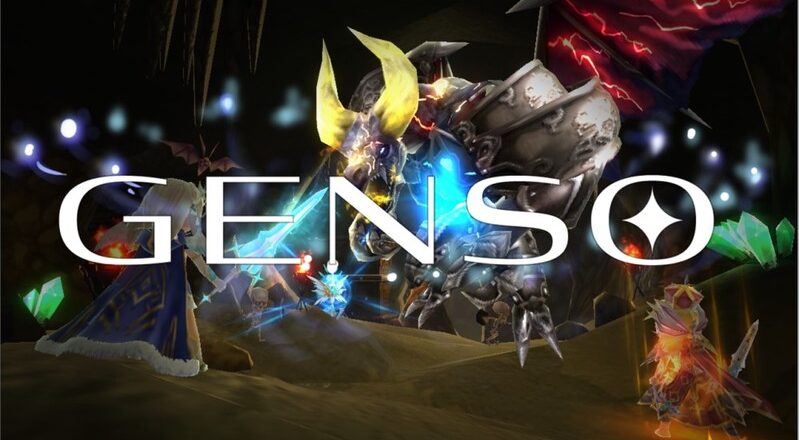 It is the web 3 version of the iconic Japanese 3DMMO “Elemental Knights Online,” which won the “Game of the Year Gold Award 2012” in Taiwan and accumulated more than eight million downloads worldwide.

The new web3 release will introduce the trading of avatars and in-game items as NFTs – the Genso metaverse will consist of a 3DMMORPG and a Polygon-based economy. This fantasy world will be built around Genso’s governance token $MV, a token that has already achieved numerous milestones; a record-breaking 69,000 people participated in Bybit’s launchpool event, the fastest sell-out on Trustpad, and the Kickstarter hall of fame on MEXC.

Known as a 3DMMORPG, it already has an active user base and a fully functioning 3D metaverse that allows users from around the globe to connect with one another. With this game, players go to dungeons, defeat monsters together with friends, and interact with other players worldwide in real-time.

Skins for character avatars are NFTs and are referred to as Cosplay NFTs in Genso. Several top game designers have collaborated on these Cosplay NFTs, including Yoshitaka Amano, whose avatars are already available on the official marketplace.

As opposed than most social games, items acquired through play can be taken out of the game at any time.

The game also offers players the opportunity to strategically equip themselves with weapons (NFTs) of optimal strength in order to defeat the monsters in each dungeon. The Genso community has already seen many users decorate themselves in their own unique style in order to attack monsters.

The official release coincides with the opening of new shops at the renowned Genso Mall. Among them is Ledger, the world’s most renowned manufacturer of hardware wallets. GENSO anticipates an influx of new players who are unfamiliar with web3 gaming, so the Ledger shop will serve as a learning center for those interested in blockchain security and hardware wallets. In addition, players may purchase the “Ledger Nano Sword” – an in-game item offered by Ledger. A special GENSO collab Ledger Nano X will be gifted to the first 80 people who purchase the item.

In contrast to many blockchain games that require an initial investment and a wallet connection, Genso is a free-to-play MMORPG. In addition to welcoming web 3 gamers, Genso also welcomes the vast majority of web 2 gamers.

Beta and Alpha versions of the game have been updated to enhance its functionality. Furthermore, various functions, such as importing and exporting NFTs/FTs, have also been updated since the official release.

LAND in the Genso Metaverse

The fantasy metaverse of Genso consists of land parcels (=LAND).

Companies and individuals can purchase and own LAND in the Genso metaverse to create unique virtual spaces. In the event that the virtual space becomes popular, the value of the LAND will appreciate, generating revenue once the LAND is sold.

By utilizing Genso’s $MV token, users can create 3D NFTs such as buildings, items, and avatars. In Genso, building NFTs can be used to create a variety of experiences, including music concerts, art exhibits, fashion events, games, quests, and contests. It is possible to furnish the interior of your home using item NFTs, which are 3D objects that can be used in the Genso metaverse. Users can also design and sell these items, thus providing businesses that have not yet entered the Web3 era with a bridge to new markets.

LAND sales are scheduled for December, and the UGC function that will be released in the future will allow users to design their own kingdoms and maps.

The details are as follows. WHITEPAPER https://genso.game/pdf/LAND_UGC_Mall_MarketPlace_EN.pdf

To celebrate the launch of LAND, GENSO is offering a free 1×1 LAND to three lucky winners. There will be a selection of winners from the community.

Genso will continue to provide crypto game enthusiasts with updates on this project.

Stay tuned here to get the latest on GensoKishi Online!