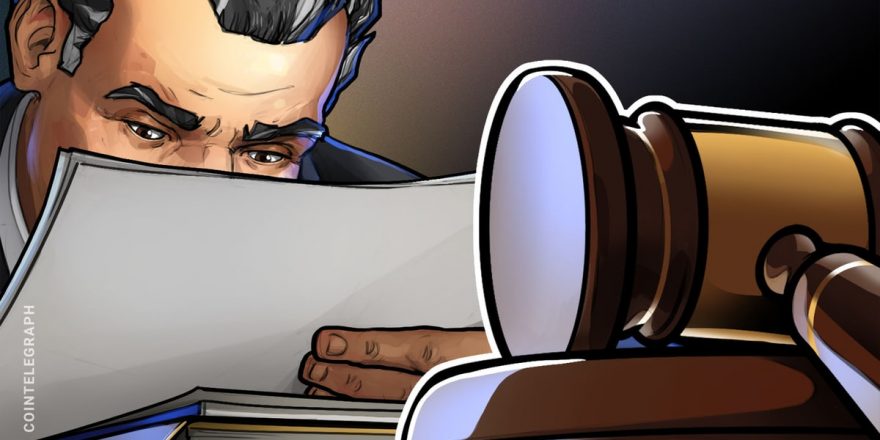 The CEO of crypto exchange FTX has rejected calls for its law firm Sullivan & Cromwell to be replaced as lead counsel in its bankruptcy case.

John J. Ray III, who was appointed as the new FTX CEO on Nov. 11, filed a court motion on Jan. 17, arguing that Sullivan & Cromwell has been integral in taking control over the “dumpster fire” that was handed to him.

Ray suggested that retaining their services is in the best interest of FTX creditors, arguing:

“The advisors are not the villains in these cases. The villains are being pursued by the appropriate criminal authorities largely as a result of the information and support they are receiving at my direction from the Debtors’ advisors.”

The U.S. Trustee, Andrew R. Vara, had filed an objection to the retention of the law firm on Jan. 14, citing two separate issues.

He claimed that Sullivan & Cromwell had failed to sufficiently disclose its connections and prior work for FTX. He also pointed  out that based on publicly-available knowledge, a former partner of the law firm became a counsel to FTX 14 months prior to the bankruptcy filing.

Meanwhile, lawyer James A. Murphy, who goes by the Twitter handle MetaLawMan, suggested on Jan. 14 that the prior work it had done for FTX was not the law firm’s only conflict of interest in the case.

He claimed that private equity firm Apollo Global has been buying up creditor claims from FTX customers for a fraction of their worth. Murphy notes that Apollo’s Chairman of the Board, Jay Clayton, is also employed by Sullivan & Cromwell, which has access to sensitive financial information.

The U.S. Trustee also believed that the current application to retain Sullivan & Cromwell was flawed, as they would “usurp” an independent examiner’s work and the parties would be duplicating their services at the expense of the FTX estate.

On Jan. 10, a bipartisan group of four U.S. representatives sent a letter to Delaware bankruptcy judge John Dorsey, requesting he approves the motion to hire an independent examiner and expressed their disbelief that the law firm could be labeled as a “disinterested” party.

Dorsey however labeled the letter as “inappropriate ex parte communication,” and said he would not take it into account when he decides whether to appoint an independent examiner or approve the retention of Sullivan & Cromwell.

Dorsey however is set to consider the objection of an FTX creditor filed on Jan. 10 when deciding whether Sullivan & Cromwell should be retained, with the creditor also suggesting that the law firm’s previous work for FTX constitutes a conflict of interest.