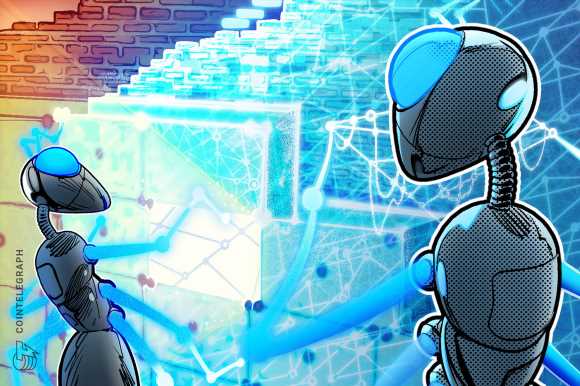 On Oct. 20, developers of the popular decentralized exchange, or DEX, PancakeSwap proposed deploying its mainnet on layer-1 blockchain Aptos.

Currently, PancakeSwap is based on BNB Chain and processes about $47 million worth of trading volume each day. However, its developers have introduced the DEX’s first multichain migration proposal after the launch of Aptos on October 17, writing:

“Aptos is a next-generation L1 with low transaction costs, high transaction throughput, and fast transaction speeds, utilizing a novel and developer-optimized approach to parallel execution. PancakeSwap has developed a strong relationship with the Aptos team, and a large number of its developer ecosystem are suitable for PancakeSwap partnerships and products.”

Should the proposal pass, developers will deploy four main features of the DEX, including Swaps, Farms, Pools and Initial Farm Offerings on Aptos by Q4 2022. As told by developers, this is to ensure that PancakeSwap can quickly establish itself as the leading DEX on Aptos.

The DEX’s native token, CAKE, will also be natively available on the Aptos blockchain. A vote for the matter will commence on the platform tomorrow.

Aptos was founded by former Meta employees Mo Shaikh and Avery Ching, who also played a role in the firm’s failed stablecoin project Diem. In July, Aptos Labs raised $150 million at a $1 billion valuation in a round led by FTX Ventures and Jump Crypto.

The project has attracted much attention from developers due to its backing and claim of being able to process 130,000 transactions per second (TPS). However, at the time of publication, the Aptos mainnet is only handling about 16 TPS, though it’s notably higher than the 4 TPS witnessed when its mainnet first launched three days prior.

On its first day of listing on Binance, the APT/USDT pair traded as high as $100 and as low as $1 before stablizing at around $7 levels.