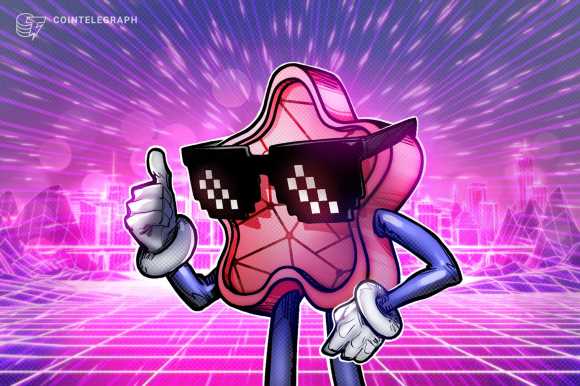 As previously reported, Minecraft developers Mojang Studios banned NFT integrations on July 20 as it believes the speculative aspect of NFTs, along with scarcity and risks of exclusion and scams supposedly associated with NFTs being against the game’s principles.

The move was seen as highly controversial in the NFT community, while it has been met with praise by the cohort of crypto-skeptic gamers.

Sweeney’s company is the creators of the widely successful battle royal game Fortnite, which is also seen as a Metaverse platform. While Epic Games isn’t necessarily pro-crypto or NFTs, the CEO said the firm isn’t looking to enforce any views on the subject on its users:

“Developers should be free to decide how to build their games, and you are free to decide whether to play them. I believe stores and operating system makers shouldn’t interfere by forcing their views onto others. We definitely won’t.”

In response to the post, Twitter user @Low5ive asked Sweeney Epic Games’ policy on prohibiting “hateful/discriminatory content” differs from this. In response, Sweeney suggested that Epic Games does make “editorial” judgements, but NFTs don’t currently fall under them.

“A store could choose to make no such judgments and host anything that’s legal, or choose to draw the line at mainstream acceptable norms as we do, or accept only games that conform to the owner’s personal beliefs,” he said.

The NFT ban by Mojang Studios has left one particular project dubbed “NFT Worlds” with a major problem to solve, given that it was built on one of Minecraft’s open source servers.

Related: Delphi Digital: How to get gamers to accept the integration of NFTs

The community driven play-to-earn (P2E) platform has an entire crypto and NFT ecosystem built around it, with its NFTs generating 51,000 Ether (ETH), or $80.8 million worth of trading volume to date. However, since the news dropped, the floor price of its NFTs has dropped from 3.33 ETH to 1.01 ETH at the time of writing, while its native token WRLD has plunged by 55% within that time frame.

After the Mojang announcement, the NFT Worlds team stated it is now “brainstorming solutions” on how to move forward. The team mentioned that it is working to get in contact with Minecraft to see if a possible solution can be found, otherwise a pivot to a “Minecraft-like game engine” or GameFi platform has been outlined as possible options.