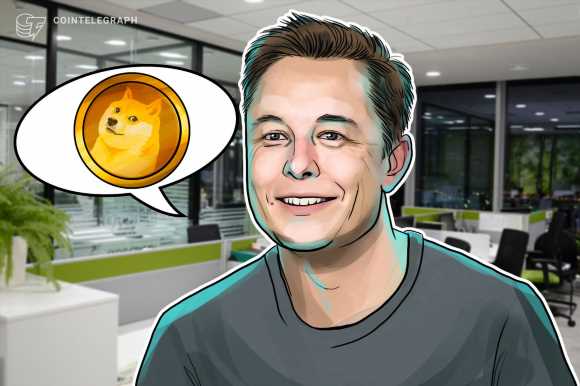 Not even a $258 billion class-action lawsuit alleging a crypto pyramid scheme could stop Elon Musk from publicly displaying his continued support for Dogecoin (DOGE).

On June 16, a New York district court received a class action complaint against the world’s richest man Elon Musk and his companies, SpaceX and Tesla, for an alleged Ponzi scheme using DOGE tokens. The lawsuit demanded $258 billion in total monetary damages from Musk while requesting the court to rule DOGE trading as gambling in the United States.

The lawsuit, however, did not resonate with the crypto community as entrepreneurs began to ridicule the move. Musk, too, was seemingly unshaken about the allegation as he doubled down on his love for the Dogecoin ecosystem with the above tweet.

On June 18, Dogecoin creator Billy Markus, who is no longer a part of the project, shared his vision for Dogecoin that goes beyond the hype — recommending the developers focus more on its utility and security. Musk agreed with a “More currency-like” reply to Markus’ suggestion.

The world’s richest man further reassured Markus by sharing his openness to use Dogecoin as payment for other services in addition to Tesla and SpaceX merch.

Bad actors trying to cash in on Musk’s success have been found to be releasing deepfake videos promoting cryptocurrency scams.

Musk came across a fabricated video doing rounds on the internet, wherein a deepfake was used to mimic the entrepreneur on a TED Talk. In the video, the deepfake version of Musk was found promoting a cryptocurrency platform boasting 30% returns on crypto deposits.