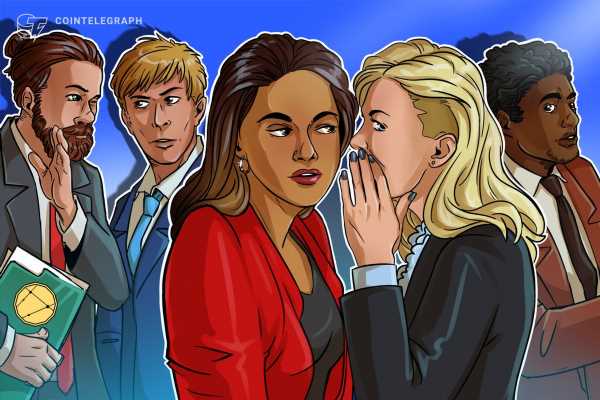 Speculation on Twitter that crypto exchange Huobi has laid off staff and shuttered internal communications have prompted the community to advise users to withdraw funds, despite an adviser to the exchange denying the rumors.

In a Jan. 5 tweet, Huobi adviser Justin Sun addressed rumors of purported insolvency, saying the business development of the exchange was “good” and the “security of users’ assets will always be fully protected.”

Earlier, on Jan. 3, crypto journalist Colin Wu reported that Sun changed Huobi employee salaries from being paid in fiat to being paid in either Tether (USDT) or USD Coin (USDC). Wu claimed thstaff who disagreed with the change could be laid off.

Citing insiders, Wu reported in December that Huobi canceled year-end bonuses and was preparing to cut up to half of its 1,200 staff.

The move to change the salary payment from fiat to stablecoins sparked protests from some employees, according to Wu.

A Jan. 4 tweet from the Twitter account BitRun claimed that a “communication group with internal employees” at the exchange had been shut down and “all communication and feedback channels with employees” were blocked.

BitRun added they weren’t ruling out a revolt by Huobi employees who could “directly rug away user assets or programmers add backdoor Trojan horses” claiming the practice was “not protected by domestic laws.”

Huobi is based in Seychelles, with offices in Hong Kong, the United States, Japan and South Korea. It’s a publicly listed company on the Stock Exchange of Hong Kong.

The ominous warning was enough for one Twitter user to claim Huobi “seems to be melting down in real-time” and others suggested users withdraw funds from the exchange due to the rumors.

Huobi Token (HT) is down nearly 7% over 24 hours, according to CoinGecko data.

Cointelegraph contacted Huobi for comment but did not receive a response at the time of publication.