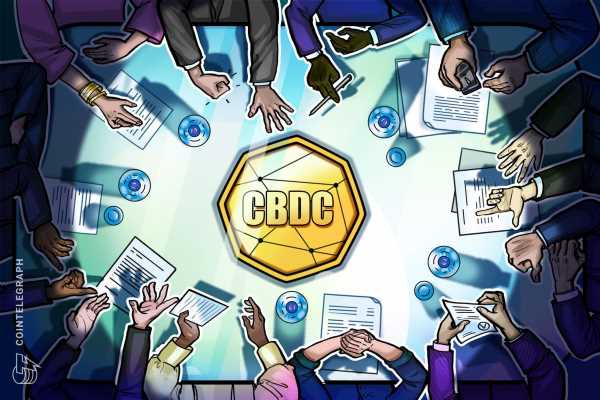 The Digital Dollar Project (DDP) released a new version of its white paper “Exploring a U.S. CBDC” on Jan. 18. The project expanded the paper in order to examine central bank digital currency projects internationally, though its focus is still on the United States.

The DDP introduced its “champion model” of an intermediated wholesale and retail CBDC in the first version of the paper in May 2020. Since that time, CBDC projects worldwide have increased from 35 to 114. The updated DDP paper retained the core tenets of the champion, such as those on privacy and monetary policy, and it discussed technological advancements of recent years.

The new ideas in the report mainly revolved the authors’ warnings about the United States falling behind in CBDC research and leadership. Regardless of the final U.S. decision on introducing a dollar CBDC, the authors wrote:

The DDP was established by former Commodity Futures Trading Commission chairman Christopher Giancarlo in 2020 to promote a U.S. CBDC. The organization has implemented a variety of pilot projects in conjunction with information technology company Accenture. In 2022, it introduced a technical sandbox with Ripple, Emtech and three other organizations.

The Federal Reserve released a paper in January 2022 that stated that it “would only pursue a CBDC in the context of broad public and cross-governmental support.” Research has continued on a U.S. CBDC, notably in Project Hamilton, which released two reports and recently declared its mission completed.

The Fed has not yet received a signal from the government to go ahead with the introduction of a USD CBDC.