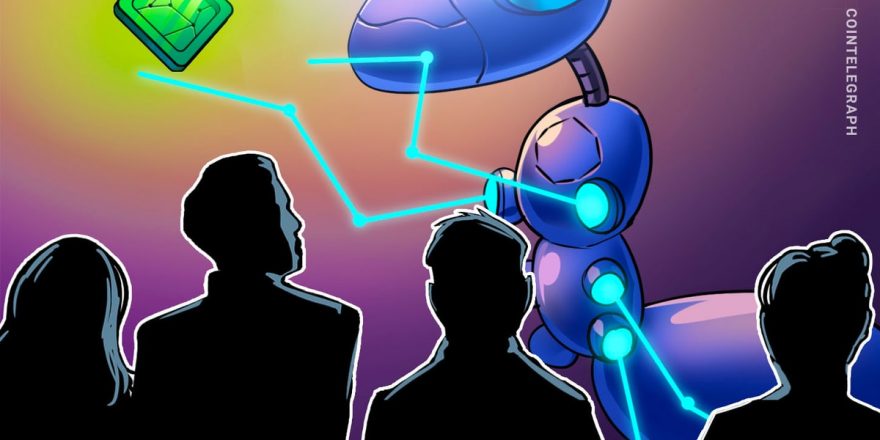 2022 will go down as a challenging year for the cryptocurrency and blockchain space, but the adversity faced has been strewn with plenty of positives for the decentralized application (DApp) ecosystem.

DappRadar has released its yearly report on the industry, focusing on challenges faced alongside notable technological achievements and an increasing number of active daily users.

Cointelegraph highlights the main takeaways from the DApp industry in 2022, which are pertinent, considering macro factors like inflationary concerns in major economies, the collapse of industry-specific projects like Terra/Luna and FTX, as well as market woes across the board. 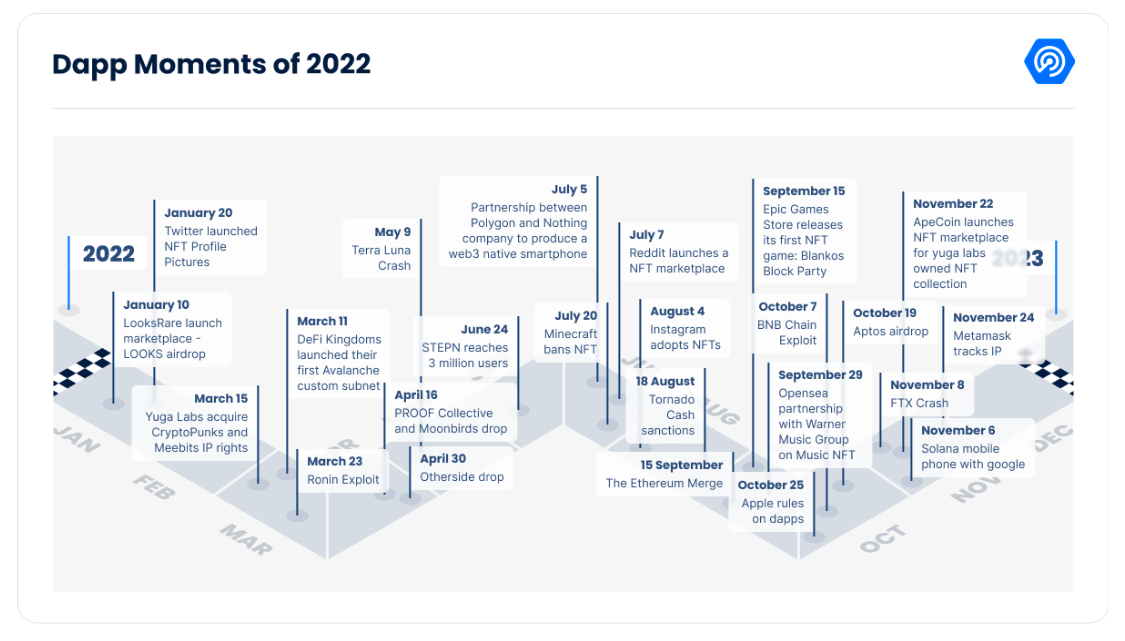 It must be noted that there was a downtrend of DApp users from February 2022, which DappRadar associated with the escalating war in Ukraine as well as crypto-specific black swan events, including Terra/Luna and FTX’s collapse.

The decentralized finance (DeFi) industry was particularly affected in the wake of Terra’s TerraUSD (UST) depeg and the resulting cryptocurrency market decline, with a significant drop in total value locked (TVL) of around 73% to $55 billion as of December 2022.

Related: Gaming makes up over half of blockchain industry usage, DappRadar

Blockchain games played a significant role in the DApp space, accounting for 49% of activity in 2022, with an average of 1.15 million daily UAW. In total, the sector produced 7.4 billion transactions this year.

Blockchain-powered trading card game Splinterlands was the most popular platform, according to DappRadar, growing by 85% to reach 217,914 monthly unique active wallets in 2022.

Terra’s implosion accounts for $40 billion of funds lost, while DappRadar estimated the median loss per hack was around $283,000 and losses per month were pinned at $728 million.

DappRadar integrated 49 blockchains, tracked 13,000 DApps and 13,500 NFT collections and noted that the increased number of DApps reflects the resilience and potential of the sector, with projects continuing to build and innovate despite a challenging macro environment.

Hacks, thefts and rug pulls are also featured in DappRadar’s 2022 review. A total of 312 attacks resulted in total losses of $48.74 billion across the board, the highest amount on record since Bitcoin’s inception back in 2009.