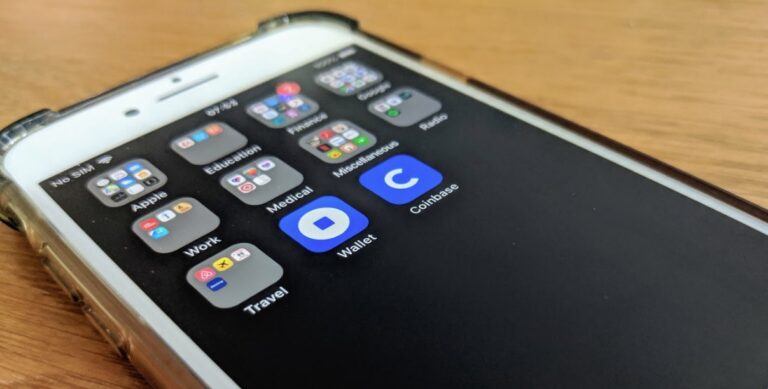 On Thursday (3 November 2022), Coinbase Global, Inc. released it Q3 2022 financial results, and during the earnings call that followed the release of Coinbase’s Q3 2022 Shareholder Letter, Co-Founder and CEO Brian Armstrong shared his predictions for the next five years.

According to the transcript of Coinbase’s Q3 2022 Earnings Call provided by The Motley Fool, in the Q&A portion of the call, Armstrong was asked to give his predictions for the next five eyars.

“Yeah. Thanks, Anil. So of course, just to clarify, we always have to say we can’t actually predict the future. I don’t want to make the lawyers too nervous here on forward-looking statements.

“But I kind of like this quote, the best way to predict the future is to invent it. So we can certainly do our best to build some of the things that we think have potential, and that’s — it’s a great way that people can have an impact on the world. So I mean what’s going to be different in crypto in five years? Well, look, as I addressed earlier, I think there’s going to be more clear regulatory environments across the G20 and really around the world. That’s going to unlock a lot more institutional capital.

“We’re seeing that under the surface, even in this challenging market, we’re seeing the adoption from [Inaudible] investors that are basically signing up to our Coinbase Prime platform. And I like the language that we used in the shareholder letter around the spring is coiling. I think there’s a lot of people preparing for when the next upswings happen. I think the scalability of the blockchain will continue to improve.

“We saw this a little bit with Ethereum’s merge this year, but they have a lot more updates there. We’re seeing other blockchains continue to scale with Lightning Network and various Layer 2 solutions, which is really exciting. That will just unlock a whole bunch of new use cases and is similar to how the Internet moved from dial-up to broadband. I think decentralized trading with dexes, decentralized exchanges will continue to grow as a percentage of all global trading, and we’re excited about that.

“I think you’ll see actually more countries in the world adopt cryptocurrency as legal tender, kind of in the way that El Salvador did with Bitcoin. I know that they were a very early adopter, and there’s probably going to be — in the next five years, I wouldn’t be surprised if we didn’t see other countries continue to adopt cryptocurrency as their legal tender, similar to how some countries actually just peg their currency to the U.S. dollar. I think a lot of countries are also going to pursue Central Bank digital currencies and in the U.S., I think actually USD coin will end up being kind of a de facto central bank digital currency in the U.S.

“In other words, the policymakers in the U.S. will set the frameworks that need to be followed, but the private market will actually create the solutions and USD coin has been on a really rapid rise. And I think it will probably be the largest in the world at that point, ahead of Tether, if I had to guess. I think crypto will just start to have a really big impact on economic freedom.

“That’s kind of what we believe is going to happen. That’s the mission of Coinbase. And the market will recognize us for the long-term and thoughtful approach that we’ve made around compliance, trust, security, ease of use. And hopefully, we have, at that time, 1 billion people using crypto.

“Today, I think there’s probably 200 million, 300 million people in the world who’ve used crypto. And I think we could easily be at 1 billion people using crypto within five years. But again, we can’t tell for sure and this is going to take a lot of hard work.“

As for safety of customer funds, Coinbase President and COO Emilie Choi had this to say:

“So we have invested over the history of the company and being the most trusted player in the space, and we take the responsibility of securing customer funds very seriously. I would add that we’re proud that we’ve never had an event where the systems have been materially compromised in any way. And this is because of all of the things that we have invested in since 2012.

“We have an industry-leading insurance policy for the hot wallet. We have $1 million account protection for our Coinbase One subscribers. We’ve invested in best-in-class AI and machine learning fraud detection. We have a 200-plus person security team and live phone support and in-app chat and we’ll continue to invest in these things and more.

“So it is important to know that crypto is a nascent technology. And like many new technologies, scammers will always seek to take advantage of users. So we also invest heavily in educating our users about how to keep their credentials and account safe, for example, using UVs and other things.“

Another question that Armstrong was involved in answering was about the “biggest opportunities” for USD Coin ($USDC), about which he said:

“It’s also used by businesses. We’re seeing some businesses make intercompany payments that way or B2B payments. It’s just faster than getting a wire, it’ll arrive in a few seconds and with less fees than sending wires. So for B2B payments, I think it’s useful.

“We’re seeing some people do payroll in USDC. We’re seeing venture investments happen with USDC and then retail customers use it as well. I mean, not just to earn yield on their dollars that Alesia mentioned. But there’s many people in the world who would like to have a U.S. bank account, but they can’t actually access it. But through a self custodial wallet or something like that, they can actually hold U.S. dollars through USD coins. So it’s applicable across a wide variety of use cases.

“And as I said in the opening remarks, I think the – USDC will probably end up being kind of like a de facto central bank digital currency for the U.S. which is a little different than some other countries that are trying to really create it themselves. So yeah, I think the use cases are many.“