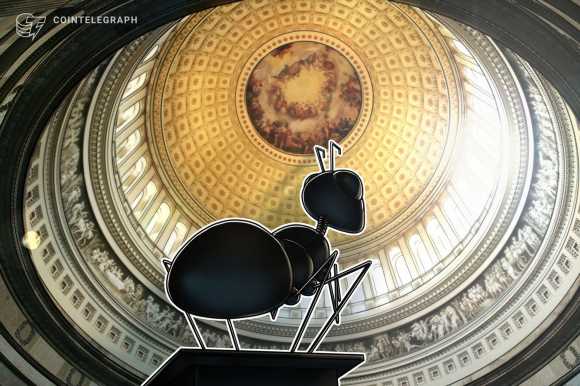 The United States House of Representatives passed the Chips and Science Act on Thursday by a vote of 243 to 187. The bill, which was introduced into the Senate over a year ago, provides grants and incentives to the semiconductor industry and encourages research. It also creates a blockchain and cryptocurrency specialist position in the White House Office of Science and Technology Policy (OSTP).

The bill passed the Senate on Wednesday. It has an overall price tag of $280 billion, which includes $52 billion in grants and incentives for U.S. semiconductor manufacturers who face fierce competition from China, and $170 billion in incentives for research. It is expected to contribute to the easing of supply chain issues in the industry as well.

Tucked into the lengthy “Miscellaneous Science and Technology Provisions” chapter of the bill is a section creating a blockchain and cryptocurrency specialist position in the OSTP to “advise the President on matters relating to blockchain and cryptocurrencies.” According to a statement released by Democratic Florida Representative Darren Soto, the language of that provision comes from a bill he introduced separately. Soto said in the statement:

“As a co-chair of the Congressional Blockchain Caucus and a member of the House Energy and Commerce Committee, I am proud to foster the policy needed to ensure innovation continues to take shape in our government and the CHIPS and Science Act will do just that.”

Related: Scaramucci sees bright future for crypto but ‘very worried’ about US politicians

Soto has a long record of crypto advocacy. He was a co-sponsor with Republican Tom Emmer of the 2020 bill to exclude smallpurchases made with crypto from the capital gains tax. He and Emmer were also among the co-sponsors of the reintroduced Digital Commodity Exchange Act in April 2022. The OSTP was given a role in several of the initiatives mandated by President Joe Biden’s Executive Order on Ensuring Responsible Development of Digital Assets.