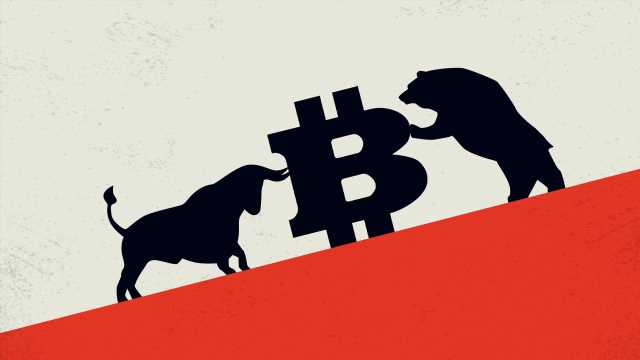 The price of bitcoin has dropped 72.9% in USD value since the crypto asset’s all-time high ten months ago and recently, bitcoin’s been trading for just under $19K per unit. This week two prominent crypto market influencers have been discussing how governments could suppress bitcoin markets by shorting the crypto asset. However, one of the individuals notes that the odds of doing so are “in the 0%-1% range.”

‘Enough Shorts in the System to Suppress Price’

Bitcoin’s price has been lower this week following the initial drop after the U.S. consumer price index (CPI) published last Tuesday which showed inflation was higher than expected. Moreover, the crypto economy, in general, could see another leg down after the U.S. Federal Reserve raises the benchmark bank rate.

The Crypto Fear and Greed Index (CFGI) shows sentiment has dropped from “fear” to “extreme fear” over the last day. On Saturday, the bitcoin analyst Willy Woo published a thread about the possibility of unlimited fiat and derivatives markets suppressing bitcoin prices.

The thread, called “A dummies guide to selling 42 million BTC,” talks about how Arthur Hayes created the first “BTC casino that real people used, trading billions per day.” Woo remarked that “Arthur gloriously opened the way for us to sell 10 BTC even when we only had 1 BTC — We just need people to take the other side of our bet,” Woo added.

After describing how Hayes created Bitmex in his own fashion, Woo discussed how CME Group, the world’s largest derivatives exchange, “launched a BTC casino where you could front USD to play.”

The analyst added that $1.1 trillion was created during the last year and said the “theoretical shorting power with fiat” is colossal and that it’s “billions of BTC.” Woo stressed:

BTC doesn’t have to be killed, it just needs enough shorts in the system to suppress price. Without a large market cap, BTC doesn’t get to make global impact. Woo isn’t the only person to discuss matters in this way, as a number of crypto proponents have said that bitcoin derivatives markets and even exchange-traded funds (ETFs) could harm BTC’s value. This fear has scared investors well before CME Group introduced BTC futures markets in 2017.

Years later, a few studies indicated that it was possible institutional investors could be manipulating bitcoin’s price. CME Group has exposure to a myriad of brokerage firms worldwide and this August, CME bitcoin futures swapped at the largest discount to spot prices since trades began in 2017.

In November 2017, the chairman emeritus of CME Group, Leo Melamed, told Reuters reporters that bitcoin was becoming a “new asset class.” However, Melamed also said it was “a very important step for bitcoin’s history” and that CME Group would “regulate, make bitcoin not wild, nor wilder.” Melamed further stressed:

We’ll tame it into a regular type instrument of trade with rules.

On Saturday, the economist, trader, and entrepreneur Alex Krüger tweeted that “governments could stop bitcoin pretty simply.” Krüger further added how it was possible. “Just short it. Keep it under $10,000 for a long while, [and] watch most people lose interest permanently. No need to bother with 51% attacks.” The economist also added that his statement was a copy and paste of the very statement he said in 2019, and that the probability of this type of thing happening is fairly low.

“Can it happen?” Krüger asked. “Sure can, I covered the mechanics in the original thread. Is it probable? I’d place the odds in the 0%-1% range.” Krüger also mentioned Willy Woo’s Twitter thread and when someone responded that it was “much more feasible to just ban PoW under climate control rhetoric,” Krüger replied: “100%.”

In Woo’s Twitter thread some people said that removing BTC from spot market exchanges was the best way forward. At the time of writing, crypto exchange data from cryptoquant.com indicates that there’s roughly 2.3 million BTC stored on centralized trading platforms.

“[Bitcoin] at a low price means more people buying [and] taking it off exchanges,” Dr Crypto Tony said. “This makes BTC more expensive. They can’t manipulate it like silver [and] gold because people have self-custody. Finite BTC makes it rise in price as more people buy and hold individually. Take [it] off exchanges.”