Blockchain VC funding surpasses 2021 total despite declining since May

It’s been a tough year for crypto, and venture capital activity confirms it. The collapse of FTX in November was the latest and most shocking in a series of closures of key market players this year — including Celsius, Voyager and BlockFi — that have shaken investor sentiment and wiped out $1.5 trillion in market capitalization from cryptocurrency space.

Blockchain venture capital funding has been on a downward slope since May 2022, and November was no different, with inflows declining even further. However, the total capital inflows for 2022 have surpassed 2021 by almost $6 billion. 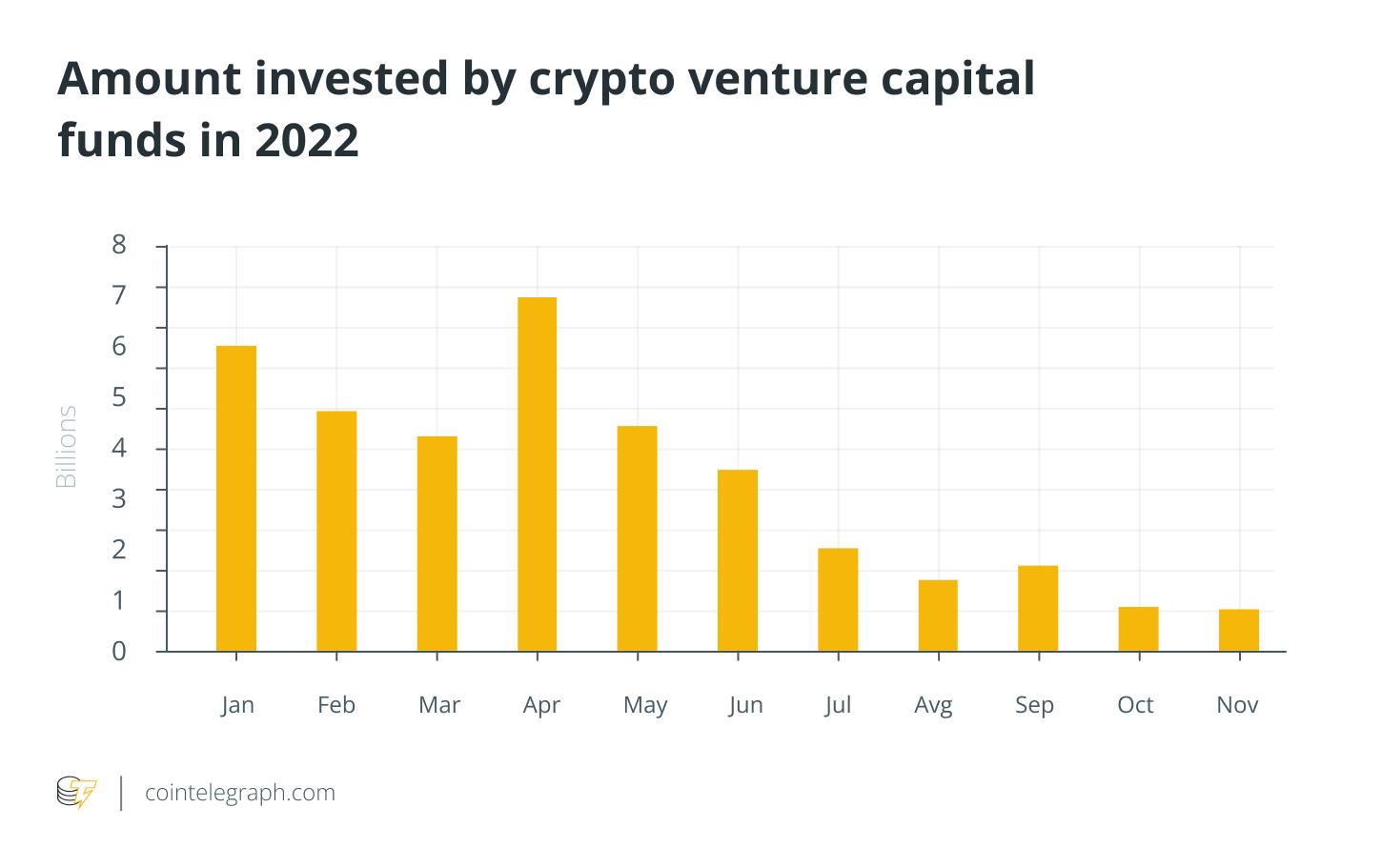 According to Cointelegraph Research, VC funding declined 4.8% in November, totaling $840.4 million — down from $843 million in October. The Cointelegraph Research Terminal’s Venture Capital Database — which contains comprehensive details on deals, mergers and acquisition activity, investors, crypto companies, funds, and more — shows that the number of individual deals dropped from 69 in October to 61 in November.

Download and purchase the latest report on the Cointelegraph Research Terminal.

It’s not all bad news, though. Despite a slowdown in crypto VC funding since May, the total funding for the year has exceeded the figure for 2021. Cointelegraph Research’s VC Database shows that a total of $36.1 billion has been raised in 2022, with less than two weeks of the year remaining. By contrast, the total funds raised in 2021 was $30.3 billion.

Infrastructure projects take half the pot in November

While the Web3 sector saw the most deals closed in November at 23, the blockchain infrastructure sector commanded the largest share of investors’ dollars. The sector attracted over half the funding in November, securing $483.9 million in venture capital. 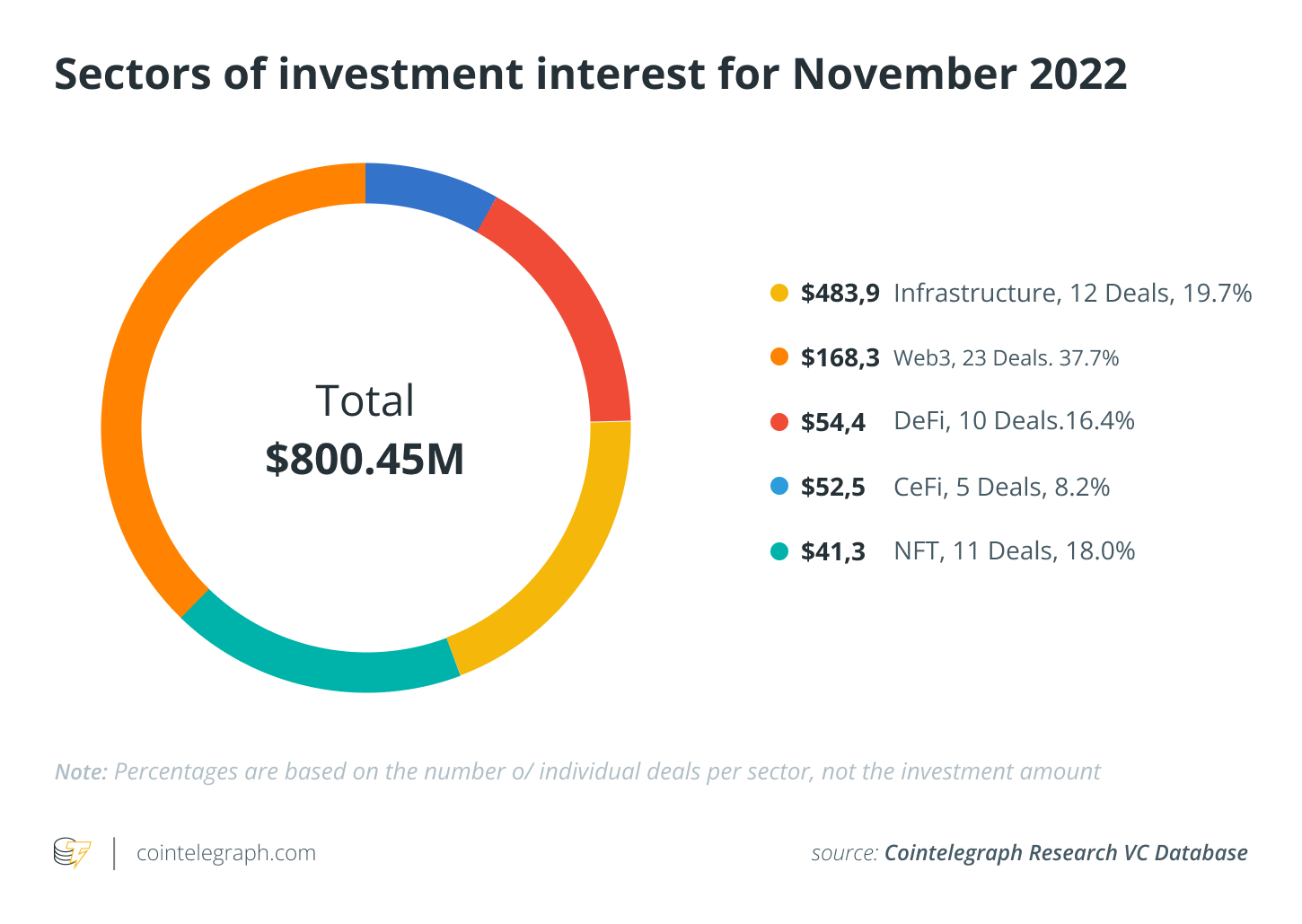 Although the infrastructure sector took the lion’s share of the funding, almost half of that amount raised was secured by one company, Matter Labs. The developer behind the Ethereum Virtual Machine-compatible zkSync announced on Nov. 16 that it closed a $200 million Series C funding round co-led by Blockchain Capital and Dragonfly, with participation from Lightspeed Venture Partners, Variant and existing investor Andreessen Horowitz. The company has now raised $458 million in financing across all rounds, including $200 million from BitDAO for funding ecosystem projects.

For a full analysis of the blockchain VC sector in November, check out the monthly “Investor Insights” report from Cointelegraph Research. The research team breaks down the past month’s top market-moving events and the most critical data across the various sectors of the industry, including venture capital.

The opinions expressed in this article are for general informational purposes only and are not intended to provide specific advice or recommendations for any individual or on any specific security or investment product.