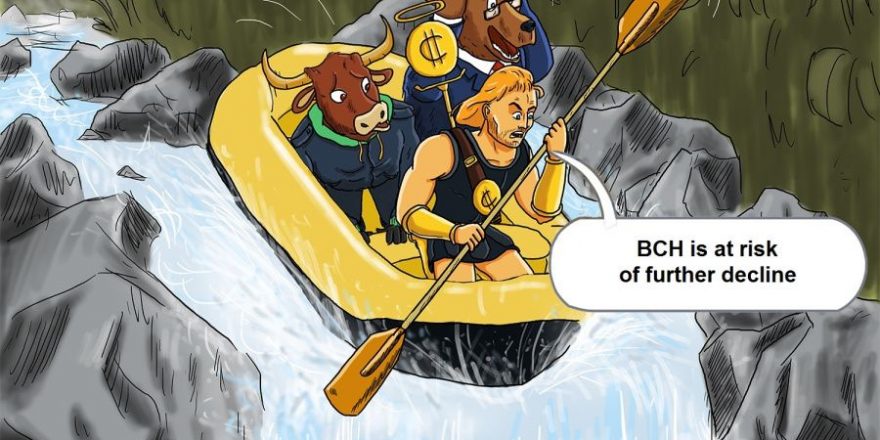 Bitcoin Cash Holds Above $98 And Challenges High Of $102

The price of Bitcoin Cash (BCH) is falling as it drops below the moving average lines.

BCH is at risk of further decline as it trades below the moving average lines. It fell to its current support level of $97.52 on December 19 as bulls bought the dips. The altcoin recovered but was stopped at the $102 resistance level. On the downside, BCH will continue to fall and retest the previous low of $87.04. If buyers break through the initial resistance at $102, BCH will retest its previous high of $112. At the time of writing, BCH is trading at a low of $100.86.

BCH is at level 41 on the Relative Strength Index for period 14. Due to the recent decline, the RSI has continued to fall. There are indications that the decline will continue. The price bars are below the moving average lines, which indicates that the cryptocurrency might fall. Currently, BCH is trading below the daily stochastic level of 80. The altcoin is in a bearish trend. 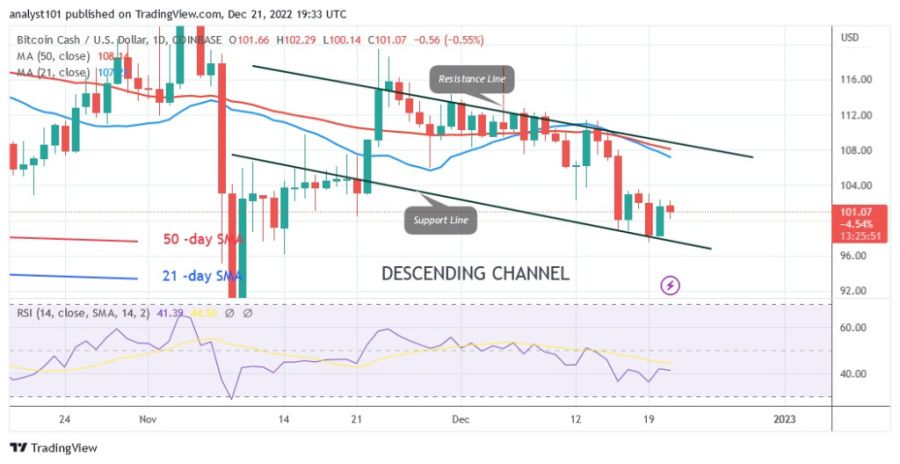 What is the next direction for BCH /USD?

BCH is trading in the downtrend zone on the 4-hour chart after the price broke the resistance level of $108. The price of the cryptocurrency faces a rejection at the 21-day line SMA or the resistance at $102. On December 16, BCH recorded an upward correction and a candlestick that tested the 78.6% Fibonacci retracement level. The correction suggests that BCH will fall but then reverse at the 1.272 Fibonacci extension level or $95.78. 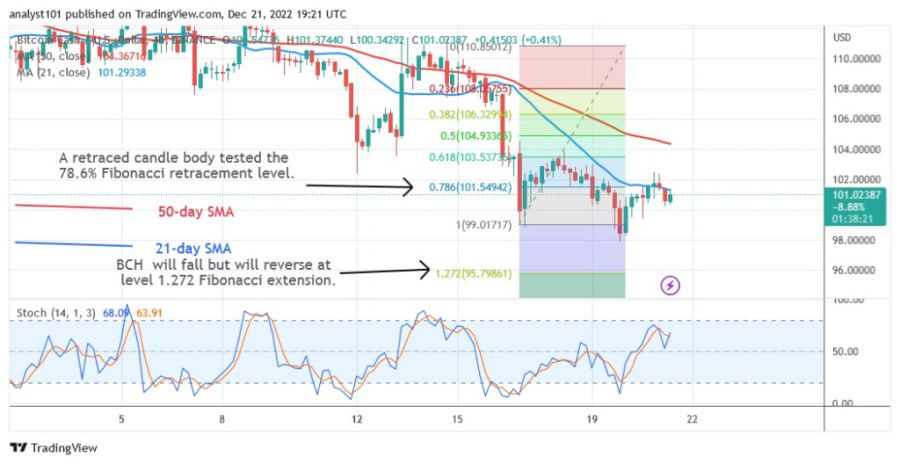