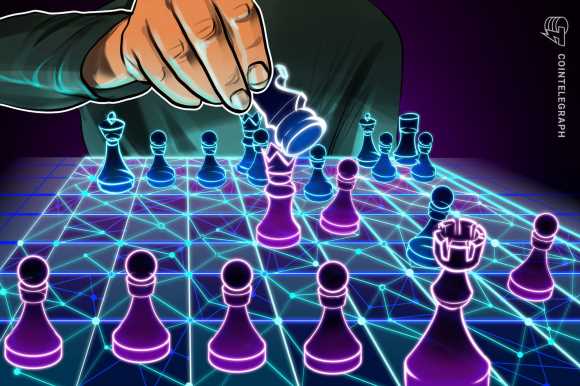 “Who needs Netflix when you are in crypto?”, commented a user on Twitter as the crypto industry attempts to digest the acquisition of cryptocurrency exchange FTX by its rival Binance. The deal, disclosed on Nov 8., has been compared with a “chess move” by some, insinuating that Binance’s strategy intentionally led to the deal.

Users on Twitter claimed that “CZ just executed the most gangster play we’ve seen in Crypto, ever, period,” referencing the series of tweets from Binance CEO Changpeng Zhao that triggered the acquistion.

In a brief recap, in a Nov. 6 tweet, Zhao announced the decision to liquidate Binance’s position on FTX token (FTT) was made after “recent revelations that have came to light,” citing “post-exit risk management” reasons.

FTX founder and CEO Sam Bankman-Fried, or SBF, took to Twitter on Nov. 7 to claim that a competitor was trying to go after the cryptocurrency exchange with false rumors. FTX “assets are fine,” he said, stating that it had enough funds to cover all client holdings and does not invest client assets, even in treasuries. In the same thread, SBF also called for collaboration with the rival exchange Binance.

As reported by Cointelegraph, the series of tweets triggered a sell-off of FTX Token that broke below the pattern’s support line near $22.50, accompanied by a volume spike. The sell-off continued below the support line and the token is down over 57% in the past 24 hours, negotiated at $9.70 at press time.

In a message to FTX’s staff this morning, SBF said that $6 billion of net had been withdrawn from the platform in the past 72 hours, leading the exchange to “effectively pause,” adding that the situation would be resolved in “the near future,” according to reports.

On Nov. 8, both SBF and CZ announced the acquisition citing a “liquidity crunch”, implying that Binance’s equity liquidation led to FTX’s insolvency. FTX’s CEO chose to seek a “bailout from the competitor that triggered the bank run in the first place”, wrote a user on Twitter about the legal options the exchange had under the liquidity crisis.

The deal still depends on regulatory approval, and it is unclear whether antitrust concerns would arise from the deal.

Binance signed a non-binding letter of intention (LOI) declaring its intention to buy FTX. Zhao added that Binance was, “assessing the situation in real time” and had the ability “to pull out from the deal at any time.”