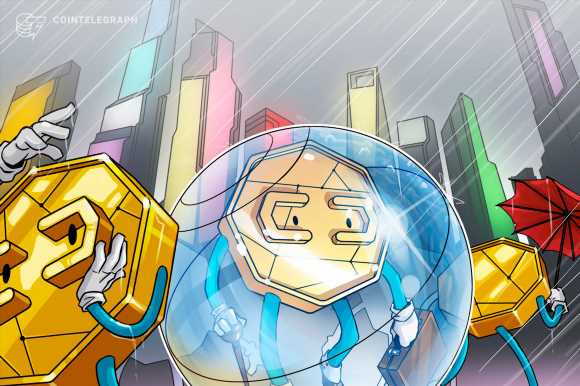 Binance tops up SAFU fund at $1 billion amid price fluctuations

In a tweet on Nov. 9, CZ said that the exchange has once again topped its Secure Asset Fund for Users (SAFU) at $1 billion equivalent in light of “recent price fluctuations.”

The tweet included links to two reserve accounts, one of which holds both the Binance stablecoin (BUSD) and the native token of the network Binance Coin (BNB) with an equivalent worth of $700 million.

The other wallet revealed Bitcoin (BTC) holdings worth around $300 million.

Binance’s SAFU began in 2018 by allocating 10% of the trading fee into a fund that is solely dedicated to backing up user holdings in the case of an incident. In February of this year, the fund hit $1 billion for the first time.

The crypto community on Twitter responded to the tweet with mostly positive reactions, applauding CZ for his action. One user said “all cryptocurrency firms should have a Secure Asset Fund for Users (SAFU) just like Binance.”

While others had questions about the sufficiency of the cap for funds in the reserve:

These recent tweets regarding the balance of the SAFU, came after CZ pledged on Twitter the day before for a Proof-of-Reserve mechanism for a detailed disclosure of liquidity.

The Binance CEO said the exchange will deploy a Proof-of-Reserve system which will utilize Merkle Trees for “full transparency” with the community. Merkle Trees are a mechanism for encoding blockchain data in a more efficient and secure manner.

The most recent CZ tweets referring to Binance’s SAFU also ended with the one-word sentence: “transparency.”

This is one of the latest moves in the back-and-forth between FTX and Binance, which has unfolded over the last few days.

CZ has been active within the community during the entirety of the events. On Nov. 8, he tweeted his major takeaways from what has transpired thus far, which included not using a native token as collateral within the same network and keeping a large reserve.