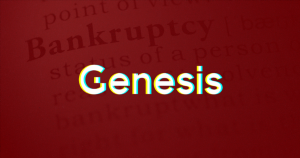 The final nail in the coffin appears to have been placed as the much-expected bankruptcy occurred this Thursday. Genesis Global Capital, one of the popular crypto lending platforms that handle a large share of the crypto lending transactions has finally filed Chapter 11 Bankruptcy protection in the New York federal district court.

All of it began with the fallout of the popular crypto exchange FTX which created a ripple of fallouts that largely impacted Genesis. The platform quickly halted the customer withdrawals which created a huge FUD among the market participants. Moreover, the platform also announced a layoff of 30% or 145 employees which signaled the drowning of the financial stands of the platform which could have resulted in bankruptcy.

The story is developing!