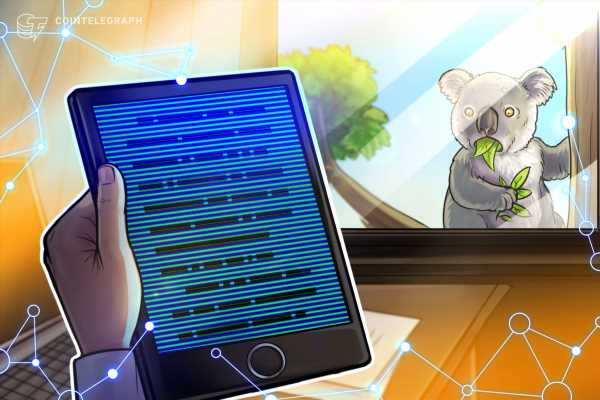 Australian Treasurer Jim Chalmers has revealed that the government will release a consultation paper in early 2023 as part of its token mapping initiative.

The crypto sector has received greater attention from Australian regulatory and enforcement agencies since the FTX implosion, with the government emphasizing the importance of providing greater consumer protection laws as soon as possible.

In a Dec. 14 statement, Treasurer Chalmers noted that the Anthony Albanese-led government is “taking action to improve the regulation of crypto service providers and ensure additional safeguards for Australians.”

As part of that process, Chalmers revealed the consultation paper will cover how certain crypto assets should be regulated alongside frameworks for company licensing, asset custody and consumer protections under its previously announced token mapping exercise.

“The next steps in the Government’s ongoing ‘token mapping’ work will include the release of a consultation paper in early 2023 to inform what digital assets should be regulated by financial services laws, and the development of appropriate custody and licensing settings to safeguard consumers.”

“Following the release of token mapping, the Government will consult on a custody and licensing framework next year before introducing legislation,” he added.

The latest comments from Chalmers adds to a promise from the Treasury in mid-November that it will develop and enact a robust regulatory framework for crypto in 2023.

The focus on crypto is also part of a push to “modernize Australia’s financial system” with the government set reform regulations on financial market infrastructure — particularly in relation to the Australian Securities Exchange’s (ASX’s) clearing system, payments systems and the Buy Now Pay Later sector.

Australia’s government has been largely pro-crypto but has reiterated the importance of allowing for innovation while keeping the public safe.

On Dec. 8, the Reserve Bank of Australia (RBA) published a stablecoin-focused report which suggested the regulators are “undertaking significant work” to figure out how to safely integrate them into the ecosystem.

“Stablecoins have the potential to enhance the efficiency and functionality of a range of payment and other financial services,” the report read.