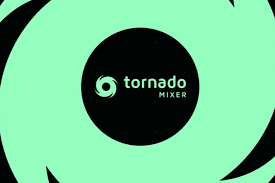 Dutch investigators arrested an unnamed developer in Amsterdam in connection to Tornado Cash, a crypto mixing protocol sanctioned by the U.S. Treasury over concerns that the service was leveraged to launder over $7 billion in illicit wealth.

Tornado Cash launched in 2019 and functions as a crypto mixing service. The solution allows users to obscure the origin of their transactions on the blockchain.

The news was revealed in a statement shared by the Fiscal Information and Investigation Service (FIOD). At press time, comprehensive details on the individual and their alleged involvement in the crypto mixing service are scarce.

However, the FIOD statement claims that the 29-year-old aided in obscuring illegal cash flows through the crypto mixer and participated in money laundering. Also, investigators claimed that a task force dubbed the Financial Advanced Cyber Team Fact (FACT) launched a probe into the crypto mixer in June 2022.

FACT suspects that through Tornado Cash has been used to conceal large-scale criminal money flows, including from (online) thefts of cryptocurrencies (so-called crypto hacks and scams). These included funds stolen through hacks by a group believed to be associated with North Korea.

The FIOD stressed that extra attention would be paid to decentralized organizations suspected of using advanced technologies for illicit operations.

Developments in the Netherlands come on the heels of sanctions from the U.S. Treasury Department against the crypto mixing service. U.S. authorities reportedly issued a blanket ban on the use of Tornado Cash and added the protocol to its Specially Designated Nationals list on August 8.

44 Ethereum and USDC wallet addresses were blacklisted and added to the list as well.

The move has grown into a topic of widespread debate on social media platforms like Twitter as users argued against the decision and labeled the ban as a “war on privacy”.

In contrast, other stakeholders like cyber security firm Mandiant opined that the sanction could be necessary to stem North Korean cyber operations. Principal Analyst at Mandiant, Fred Plan, told EthereumWorldNews that the outfit had monitored North Korea’s use of technology in supposed money laundering transactions.

We have observed North Korean actors repeatedly and consistently targeting such services as well as leveraging other methods for moving ill-gotten funds in a variety of schemes to support the regime in Pyongyang. These operations frequently spill outside of cyberspace, demonstrating the creativity and persistence of these operators.