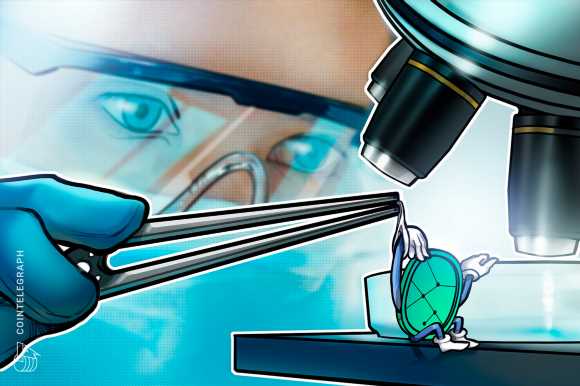 Nonfungible token (NFT) analyst and blockchain detective “OKHotshot” has highlighted his picks for 18 of the most “uncomfortable truths” about the NFT industry.

In a lengthy 20-part thread to his 45,000 followers on Twitter on Aug. 27, OKHotshot laid bare many of the issues currently plaguing the NFT industry, including irresponsible celebrity endorsements, hacking, and the kinds of projects that are almost always destined to fail.

The analyst made his name in the industry as a full-time on-chain analyst specializing in NFT audits and Discord security operating under as @NFTheder on Twitter.

Most NFT investors will lose money

One of the most sobering “uncomfortable truths” shared by the NFT analyst is that most people will lose money investing in NFTs.

OKHotshot said there are “no reliable stable investments in NFTs” warning that if an investor hears the term “blue chip NFT” to “run away.” He also warned that “diamond handing” isn’t the best way to make money, instead, investors should be taking profits when they can.

“We are NOT all going to make it. Most NFT traders trade at a loss.”

Previously, Cointelegraph reported on a poll that found that while 64.3% of respondents said they bought NFTs to make money, 58.3% claimed they have lost money in their NFT journey.

The analyst advised anyone interested in NFTs must stay on top of announcements because as “by the time you hear about a new project on Twitter spaces, you are late.”

He also warned that volume and liquidity are often more important metrics than floor price, and time is more valuable than any asset, so planning ahead is essential.

“If there are no buyers you can’t take profits,” he explained.

The NFT analyst also cautions anyone interested in getting in early in a particular NFT project as tokens often fail to stay above the mint price, adding also that “derivatives rarely outperform the original NFT collections.”

NFT project Pixelmon stirred up controversy in March this year after revealing the finalized art for its much-anticipated project — the quality of which turned out to be far below expectations.

The project raised roughly $70 million, with each NFT minted for three Ether (ETH) each. However, the floor price on the OpenSea NFT marketplace has plummeted to only 0.26 ETH, worth roughly $370 at the time of writing.

Phantabear, another NFT project, originally minted for 6.36 ETH and drove record trading volumes on OpenSea when it was first released in January but has also seen a major drop in value since then, with the floor price at only 0.32 ETH ($463) at the time of writing.

A March study by blockchain analytics firm Nansen found that most NFT collections either make no money or end up netting less than they cost to create.

Several of the shared “uncomfortable truths” are scathing of celebrities and influencers.

OKHotshot said that despite what famous influencers may claim or imply through social media posts, noting that “celebrity NFT projects are notoriously bad investments.”

He also added that “Web2 marketing is exceedingly ineffective in the NFT market.”

Recently, Cointelegraph reported on warning letters posted by a consumer watchdog group to nearly 20 celebrities for their role in shilling NFTs.

OKHotshot’s final points revolve around the idea that most NFTs don’t have any intrinsic value. The analyst warned that NFT projects without sale terms aren’t worth anything and that NFT benefits don’t travel to downstream purchasers unless specified in the terms.

“NFT projects without sale terms are selling you a token ID with a hyperlink to an off-chain asset. Without terms, nothing is defined. You can’t own a hyperlink so in all likelihood you bought nothing.”

That being said, he believes that the price of NFTs continues to be controlled by hype and market speculation, noting that savvy investors could “use this to your advantage.”