Home » Business » Why India is unlikely to double farmers’ income 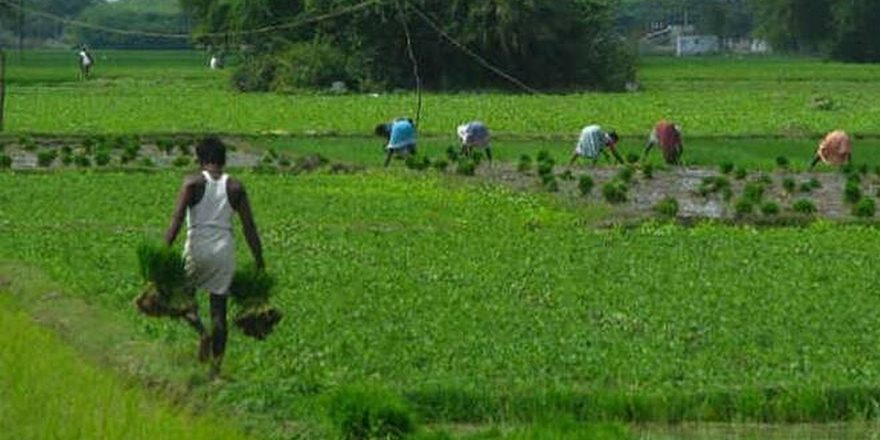 Why India is unlikely to double farmers’ income

Earlier this month, the Central government said in a reply in Parliament it had taken measures to double farmers’ income by the end of FY23 and the progress made so far indicated it was “on the right track”. However, a close look at the data and at the assumptions made shows that as of now, it appears the country is unlikely to achieve the goal in real terms.

The Ashok Dalwai Committee on Doubling Farmers’ Income, set up by the Central government, had said in one of its 14 volumes (report) for the cultivator’s income, from both farm and non-farm sources, to double by 2022-23 (the terminal year), the person’s earnings would have to grow by 10.4 per cent a year, starting 2015-16.

“It is the real income of farmers that is to be doubled and not their nominal income,” the Committee had said.

At current prices, the growth would have to be stepped up to a rate of as much as 15.9 per cent.

However, the latest situational assessment survey by the National Sample Survey Organisation (NSSO), released last year, showed the real income of an agricultural household from all sources grew about 21 per cent between 2012-13 and 2018-19.

This translates into an average annual growth rate of just 3.5 per cent or thereabouts in real terms.

Expecting the same income to grow by a staggering 10.4 per cent in real terms between 2015-16 and 2022-23, when growth rates have been less than half the targeted, appears unrealistic.

Several experts said, based on the latest situational assessment survey, it should be prudent to expect farmers’ income to double in three-four years beyond 2022-23.

The target, to begin with, was unrealistic, said S Mahendra Dev, director of the Indira Gandhi Institute of Development Research (IGIDR).

He said the situational assessment survey of the NSSO showed how the target of achieving 10.4 per cent annual real income growth was highly improbable, when average annual growth in real income had been a mere 3.5 per cent during the preceding period.

“If the nominal rate of growth in income is considered, there could have been some (chance of) meeting of the target, but the key metric here is inflation-adjusted real income,” Dev told Business Standard.

He said the policies had not been articulated, and the Centre needed to lay down a road map to wean farmers away from rice and wheat to more lucrative, high-value crops.

“If the incomes are even doubled within the next three-four years, considering an annual average growth rate of 3.5 per cent, it remains to be seen to what extent this will benefit small and marginal farmers, who form the bulk of India’s farming community,” Dev added.

Shweta Saini, an independent economist, said not only were the targets “unrealistic”, but the drought of 2015 and the impact of demonetisation after that on farming made them all the more difficult to achieve.

Saini, along with agriculture economist Ashok Gulati, said in a chapter of a book published in 2018-19 that Prime Minister Narendra Modi’s dream of doubling farmers’ income by 2022-23 was unlikely to be realised, mainly on two counts.

The first of these is that four of the seven years have gone with an average farm GDP growth rate of 3.7 per cent, which is much lower than the required rate of 10.4 per cent.

The second factor is that profitability has been declining in recent years due to plummeting agricultural prices and rising cultivation costs, especially labour.

Clearly, when it comes to doubling farmers’ income by 2022-23, it seems the government is “not on track”.