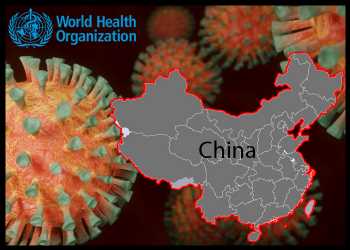 WHO Criticizes China For 'Under-representing' Severity Of Its Covid Outbreak

The World Health Organization, or WHO, has criticized China for ‘under-representing’ the severe nature of the Covid outbreak in that country.

The WHO’s Technical Advisory Group on Virus Evolution, which met on Wednesday to discuss the pandemic situation in China, urged te government to share more data regarding the out of proportion spread of Covid in the country.

“We continue to ask China for more rapid, regular, reliable data on hospitalizations and deaths, as well as more comprehensive, real-time viral sequencing,” WHO Director-General Tedros Adhanom Ghebreyesus said at a news conference following the meeting in Geneva.

“WHO is concerned about the risk to life in China and has reiterated the importance of vaccination, including booster doses, to protect against hospitalization, severe disease, and death,” he told reporters.

According to WHO Executive Director for Health Emergencies Mike Ryan, the Covid metrics released by China such as the number of casualties and patients admitted in hospitals “under-represent the true impact of the disease”.

China is reportedly concealing the actual numbers even as the country’s urban areas are passing through an explosive spread of the disease after restrictions were abruptly relaxed last month.

During the Geneva meeting, scientists from the China CDC presented genomic data from what they described as imported as well as locally-acquired cases of Covid infections.

The China CDC analysis showed a predominance of Omicron lineages BA.5.2 and BF.7, which together accounted for 97.5 percent of all local infections.

The Technical Advisory Group reiterated the critical need for additional analysis as well as sharing of sequence data to understand the evolution of Covid and the emergence of concerning mutations or variants.

WHO urged China to rapidly and regularly provide data into publicly accessible databases.

WHO said it will continue to closely monitor the situation in China and globally.

It urged all countries to continue to be vigilant, to monitor and report sequences, as well as to conduct independent and comparative analyses of the different Omicron sublineages, including on the severity of disease they cause.

The UN health ageny said it is also currently evaluating the rapidly increasing proportion of the latest Omicron variant XBB.1.5 in the United States and other countries.