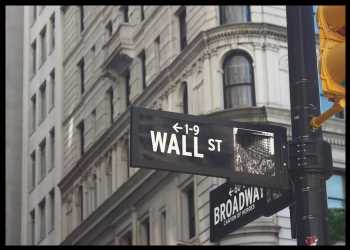 Home Prices have been spiking and reached an all-time high in June.

Political and economic turmoil forced Italy’s Prime Minister Mario Draghi to submit his resignation. The powerful 5-star movement and other key parties in the coalition boycotted the confidence vote on Wednesday.

On the economic front, the Labor Department’s Jobless Claims for the week will be published at 8.30 am ET. The consensus is 240K, while it was up 244K in the previous month.

The Philadelphia Fed Manufacturing Index for July will be revealed at 8.30 am ET. The consensus is for growth of 0.4 percent, while it was down 3.3 in June.

The Conference Board’s Leading Indicators for June will be issued at 10.00 am ET. The consensus is for a decline of 0.5 percent, while it was down 0.4 percent in the prior month.

The Energy Information Administration or EIA’s Natural Gas Report for the week will be revealed at 10.30 am ET. In the prior week, the gas stock was 58 bcf.

The Fed Balance Sheet for the week will be issued at 4.30 pm ET. In the previous month, the level was at $8.896 trillion.

10-year Treasury Inflation-Protected Securities or TIPS auction will be published at 1.00 pm ET.

A two-year Floating Rate Note or FRN auction will be revealed at 11.00 am ET.

Euro Stoxx 50 which provides a Blue-chip representation of supersector leaders in the Eurozone, is up 0.083 percent.