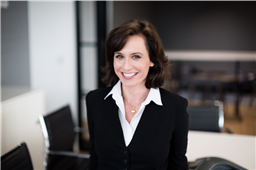 EXCLUSIVE: UTA is setting up an EMEA branch of its Entertainment and Culture Marketing (E&CM) group and has hired Fremantle Global Branded Entertainment boss Samantha Glynne to oversee the new department.

The E&CM branch, which launched five years ago, handles brand clients and Glynne will take the lead on building UTA’s international strategy in the space. The branch already has a presence in LA, New York and London, with clients including Coca-Cola, Google and LinkedIn.

“The borders of global entertainment are vanishing, the UK and EMEA creative markets are incredibly dynamic, and we are in a great position to bring our clients to the space with Sam’s guidance,” said Jacobs.

Glynne said the company is “perfectly positioned to unite culture, entertainment, strategy and delivery in a future-proof way.”

She has been with Fremantle for nearly a decade, joining as VP, Global Branded Entertainment before being upped to SVP in 2019. Glynne’s departure is the second major Fremantle exit revealed by Deadline in the past week, following Director, Global Entertainment Rob Clark’s decision to retire.