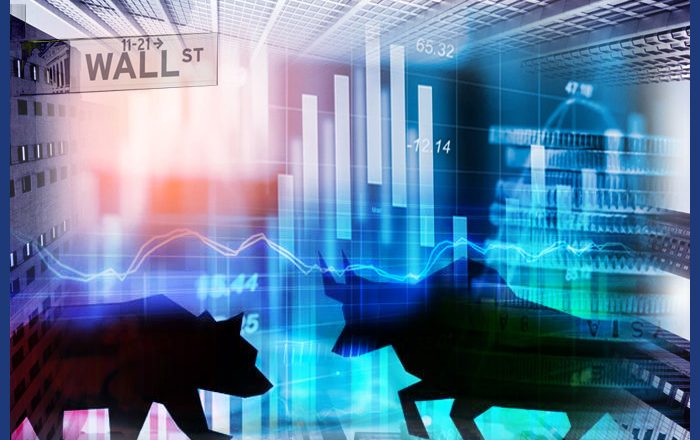 After seeing significant volatility early in the session, stocks have moved mostly higher over the course of the trading day on Friday. The major averages have all shown strong moves to the upside, offsetting the losses posted in the two previous sessions.

The strength that has emerged on Wall Street comes as treasury yields have given back ground after extending a recent surge in early trading.

The yield on the benchmark ten-year note is currently little changed after spiking to a fifteen-year intraday high earlier in the session.

Traders have recently kept a close eye on developments in the bond market amid concerns about the Federal Reserve’s aggressive interest rate hikes.

The volatility on the day may reflect below average volume, as some traders stick to the sidelines amid a lack of major U.S. economic data.

Next week, traders are likely to keep a close eye on a report on personal income and spending, which includes a reading on inflation said to be preferred by the Fed.

Shares of American Express (AXP) and Verizon (VZ) have also moved to the downside despite the companies reporting third quarter earnings that beat analyst estimates.

Oil service stocks have shown a substantial move to the upside on the day, driving the Philadelphia Oil Service Index up by 4.0 percent to a four-month intraday high.

The rally by oil service stocks comes amid an increase by the price of crude oil, with crude for December delivery climbing $0.59 to $85.10 a barrel.

An increase by the price of gold is also contributing to the considerable strength among gold stocks, as reflected by the 3.4 percent surge by the NYSE Arca Gold Bugs Index.

Computer hardware stocks are also turning in a strong performance on the day, resulting in a 3.1 percent jump by the NYSE Arca Computer Hardware Index.

Steel, networking airline and housing stocks have also shown strong moves to the upside over the course of the session.

In overseas trading, stock markets across the Asia-Pacific region moved mostly lower during trading on Friday. Japan’s Nikkei 225 Index and Hong Kong’s Hang Seng Index both fell by 0.4 percent, although China’s Shanghai Composite Index bucked the downtrend and inched up by 0.1 percent.

Meanwhile, the major European markets turned in a mixed performance on the day. While the U.K.’s FTSE 100 Index rose by 0.4percent, the German DAX Index dipped by 0.3 percent and the French CAC 40 Index slid by 0.9 percent.

In the bond market, treasuries have climbed back near the unchanged line after seeing early weakness. Subsequently, the yield on the benchmark ten-year note, which moves opposite of its price, is up by less than a basis point at 4.231 percent.