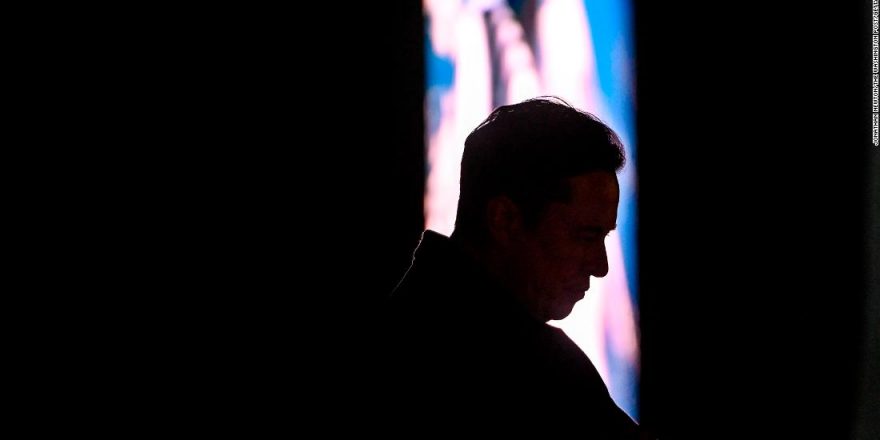 New York (CNN Business)Editor’s Note: This story is part of CNN Business’ Nightcap newsletter. To get it in your inbox, sign up for free, here.

If you spent last week ignoring news alerts about Elon Musk, like I did, you may be in need of a quick catch-up. So let’s dive in.

The TL;DR version: Musk is pulling out of his $44 billion agreement to buy Twitter (for reasons we’ll get into in a moment), but Twitter is going to try to force him to acquiesce to the original deal. In short: They’re almost certainly going to have to duke this out in court.
To those who’ve been following this absolutely bananas story, Musk’s latest move is hardly a surprise. Here’s why:

So what happens now? There are many possibilities, none of which are slam dunk for anyone involved.

One thing’s certain: A handful of lawyers for Twitter and Elon Musk are earning their paychecks this summer.

For the first time in 20 years, the euro and the US dollar are less than a penny away from parity.
The euro hovered around $1.004 Monday morning, down 12% since the start of the year. Why? The European currency is getting battered by inflation and concerns about energy supplies. The dollar, meanwhile, is rallying as investors shy away from risk and park their money in safe havens.
Some analysts say the euro could keep falling, which is great news for Americans traveling to Europe this summer, but it’s not great for global economic stability, my colleague Nicole Goodkind explains.

This spring, a handful of rural Chinese banks suddenly suspended cash withdrawals, leaving hundreds of people unable to access their savings. The banks offered no explanation of why, or how long the accounts would be frozen.
Naturally, those people are furious — it’s been three months of trying in vain to unfreeze their accounts.
The news: On Sunday, the depositors staged their largest demonstration yet — a rare show of public dissent in China. Around 1,000 people gathered outside a branch office of the central bank in Henan province, demanding the government step in to help them retrieve millions of dollars’ worth of frozen funds.
It was a peaceful gathering, but authorities responded with force, my colleague Nectar Gan reports. In a clash that lasted several hours, security officers charged at the group, dragging protesters down stairs and beating those who resisted, including women and the elderly, according to witnesses and social media videos.
BIGGER PICTURE
That wildly disproportionate response speaks to a broader current of anxiety among the leadership in Beijing.
The country’s strict zero-Covid policy has hamstrung China’s economic recovery. When the government reports GDP data this Friday, economists expect it’ll be the weakest since 2020 early 2020, when the pandemic hit.
Meanwhile, stocks are hemorrhaging over concerns about a continued regulatory crackdown on tech companies. China’s housing market, which accounts for 20% of GDP, is crumbling. Retail sales are way down.
All of this while President Xi Jinping is widely expected to seek an unprecedented third term later this year.
Beijing’s leaders know all too well the terms of the social contract that underlies public life in China: Citizens will put their faith in the central government and generally not make much fuss about individual freedoms in exchange for the promise of prosperity. That contract begins to fray when the economic engine that lifted hundreds of millions out of poverty in a generation begins to sputter.

With its violent crackdown on depositors — who are legitimately worried their life savings just evaporated — China is sending a clear message that its people will have to take the economic hits on the chin and fall in line no matter how bad things get.
Enjoying Nightcap? Sign up and you’ll get all of this, plus some other funny stuff we liked on the internet, in your inbox every night. (OK, most nights — we believe in a four-day week around here.)
Source: Read Full Article