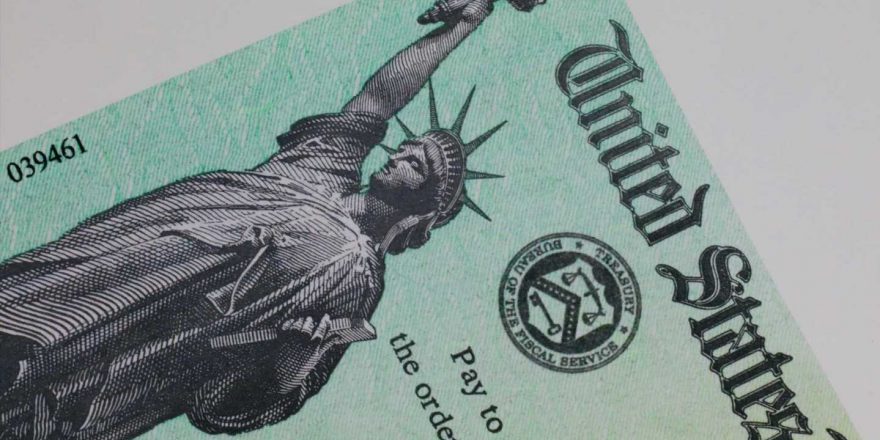 Thousands of Americans living abroad got stimulus checks. Here’s why

Thousands of Americans living abroad received stimulus checks during the Covid-19 pandemic, according to federal data.

While that may sound incongruous with the notion of "stimulus" for the U.S. economy, lawmakers generally had a sound rationale for sending funds overseas, according to tax policy experts.

"They are casting a very broad net and [payments may] go to places where people think, 'Did they really need to go there?'" said Kyle Pomerleau, a senior fellow at the American Enterprise Institute, a right-leaning think tank. "But I think the answer is generally, 'Yes.'"

More from Invest in You:
These companies have a 4-day workweek. Here's what they've learned
Here are the 5 most valuable — and 5 least valuable — college majors
Make these financial and career moves before you quit your job

The IRS issued more than 3.7 million payments worth $5.5 billion to individuals outside the 50 states and Washington, D.C., according to agency statistics. The figures include three rounds of pandemic-era payments through June 3, 2021. (Additional payments may have been sent since then.)

The data encompasses U.S. citizens abroad, military members stationed overseas and residents of U.S. territories such as Puerto Rico. (While U.S. territories aren't "overseas" in the sense that foreign countries are, the IRS doesn't report these statistics separately.)

About 9 million U.S. citizens live overseas, according to the U.S. Department of State.

It's natural many of them would get checks due to the expansive eligibility framework set by Congress, Pomerleau said.

The scope of the overseas payments is also small relative to the total — 0.7% and 0.8%, respectively, of the $803 billion and 472 million payments issued over three rounds of funding.

"The scale of the payments going overseas is less than 1% of the [total]," Pomerleau said. "It wasn't really very much when you look at it."

The funds are technically advance payments of a refundable tax credit (the recovery rebate credit). The advance payments are called Economic Impact Payments — the legislative terminology for what Americans have come to call "stimulus checks."

But the term "stimulus checks" is somewhat of a misnomer, according to tax policy experts.

The term implies lawmakers aimed to stimulate demand for goods and services in the U.S. economy by sending money to households. But it seems Congress' primary intent was to buoy household finances at a time of mass unemployment and financial hardship, according to policy experts.

"One perspective on these payments is that they were primarily intended to help taxpayers cover their day-to-day expenses, with any stimulus the icing on the cake," said Janet Holtzblatt, a senior fellow at the Urban-Brookings Tax Policy Center.

"If assistance to struggling families is the intended goal, then whether U.S. citizens live here or abroad is not an important distinction in the midst of a worldwide pandemic," she added.

Citizens living abroad are also required to file a U.S. tax return on their worldwide income. (Some may qualify for tax breaks on foreign income.) To the extent such citizens pay taxes, issuing them an Economic Impact Payment seems fair, according to Garrett Watson, a senior policy analyst at the Tax Foundation.

Of course, by the later rounds of payments, budget hawks loath to spend more federal money questioned whether households needed additional financial assistance as the economy began to pick up steam.

And the IRS mistakenly sent funds to many non-citizens. (Congress only allowed payments to U.S. citizens and "resident aliens," a category that includes individuals with a green card or who've been in the U.S. for a certain period of time.)

More than 30,000 first-round checks worth more than $37 million were potentially erroneously paid to nonresidents living overseas, according to the Treasury Inspector General for Tax Administration. (Many such individuals may have filed an incorrect tax return that made them appear to be U.S. residents.)

The federal government also made other erroneous payments, according to the watchdog, such as issuing duplicate payments to people living in U.S. territories, paying funds to ineligible dependents and issuing payments to deceased individuals. Overall, the IRS correctly paid at least 98% of first-round funds, the report said.

Economic Impact Payment policy was broader than that for other pots of federal money. For example, Americans living outside the U.S. were generally ineligible for enhanced unemployment benefits, even if they'd been working remotely for a U.S.-based company from overseas.

Americans overseas are eligible for monthly payments of the enhanced child tax credit enacted by the American Rescue Plan.

However, a parent only qualifies for funds if they (or a spouse) have their main home in one of the 50 states or Washington, D.C., for more than half the year. Parents who don't meet that criteria may need to repay some or all of any funds they received.

Almost $94 million of the total $61 billion in monthly payments from their start in July to October were sent overseas, according to the U.S. Department of the Treasury.

CHECK OUT: Meet the ‘semi-rich’: Millions of high-income Americans may not feel wealthy but are, says ‘The 9.9 percent’ author via Grow with Acorns+CNBC