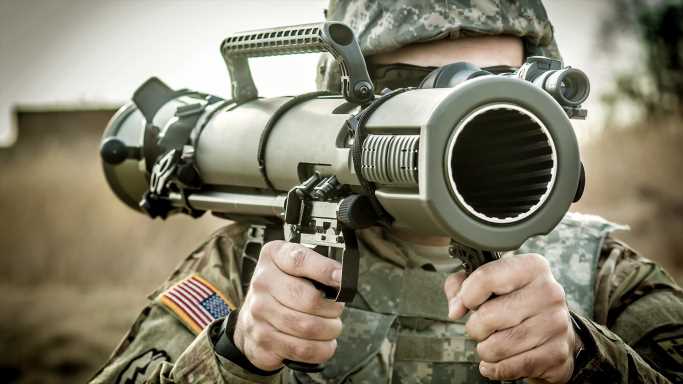 The States Making the Most Weapons for the US Army

The United States has the world’s largest defense industry and is on track to spend $872 billion on defense in the current fiscal year through September 2023, an 8% year-over-year increase.

The manufacture and sale of everything from service revolvers to tactical drones, as well as the maintenance and operation of the country’s 420 military installations scattered across the country, make up a significant share of local economies. Defense spending as a share of GDP is as high as 12% and 10% in Virginia and Hawaii, respectively. (Here are states with the largest U.S. Army presence.)

For example, 417 military contractors in 40 states support only the material needs of the U.S. Army, the largest and oldest branch of the U.S. military.

Due to their proximity to the nation’s capital where defense spending decisions are made, Virginia and Maryland are home to 92 of these Army contractors, including the world’s largest aerospace and defense companies General Dynamics, Northrop Grumman, Raytheon, and Lockheed Martin.

Eleven states, mostly on the East Coast, have at least 10 Army weapons contractors, though Texas and California are home to 24 and 44, respectively. Manufacturers in Maine and Oklahoma produce medium caliber ammunition, while companies in eight states make artillery shells. Contractors that build the Apache helicopters and mortar systems are spread out across five states.

Defense contractors also include companies better known for their consumer products, including Dell, IBM, General Motors, and Daimler Trucks. This list also of course includes firearms makers, namely Sig Sauer in New Hampshire and Remington in New York, that produce service weapons for the Army. (Here is every firearm currently used by the U.S. military.)

Here are the states with the most U.S. Army weapons contracts.