Home » Business » The Most Populous Countries in the World 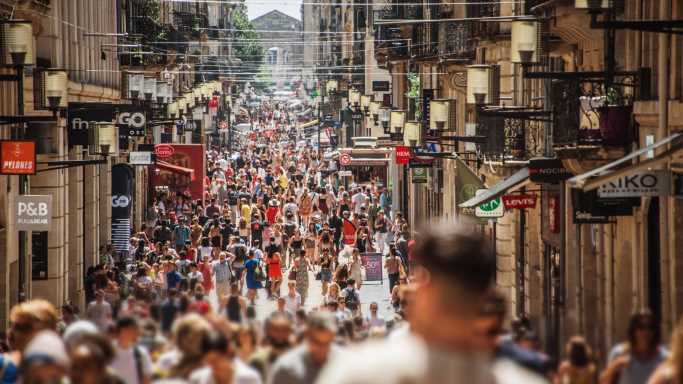 The Most Populous Countries in the World

24/7 Wall St. used the U.N.’s World Population Prospects 2022 report to list the 36 most populous nations on earth, with population figures listed as of July 2022. These countries represent 80% of the world’s population. Past years’ population estimates and future projected figures, as well as population growth and life expectancy at birth are all from the U.N. report.

While these projected population figures are alarming, growth does appear to be slowing down. The global population’s annual growth rate as of July 2022 was 0.83%, the slowest in decades, and the U.N. projects that rate will continue to decline until the population begins to shrink in the 2080s. (Here are rich countries with the biggest families.)

On the other hand, while there are countries like the United States and China, there are other nations that continue to have meteoric population growth. Nigeria, for example, added 5.2 million people between July 2021 and July 2022, a 2.3% growth rate. The African nation is currently the world’s seventh most populous, but in 20 years the U.N. projects it will become the fourth most populous.

Meanwhile, India, which currently has the second largest population, added 9.7 million in the 12 months through July 2022. The U.N. projects India’s population will surpass China’s some time next year. (These are the fastest growing countries in the world.)

Click here to see the most populous countries in the world.