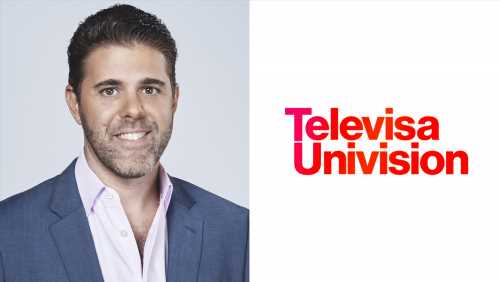 TelevisaUnivision has elevated company veteran Ignacio “Nacho” Meyer to the role of president of U.S. networks.

The Miami-based exec will report to CEO Wade Davis. His promotion is aimed at helping the company bolster its exec roster in the wake of the departure last spring of Luis Silberwasser. The exec left his post as president of TelevisaUnision’s television networks group to become CEO of Warner Bros Discovery Sports.

TelevisaUnivision’s brand has existed only since the closing several months ago of a $4.8 merger between Univision and the entertainment arm of Mexico’s Grupo Televisa. Davis, a former Viacom executive, led a consortium of private investors that prevailed in bidding for Univision prior to its combination with Televisa.

In more than a decade at TelevisaUnivision and Univision, Meyer held various exec positions. Most recently, he led the music and non-scripted entertainment division. He had previously overseen the strategic business efforts of the music, music publishing, sound design team and artist development in the U.S. He also steered the talent commercialization and licensing business units and the music and sound design group for the networks and studio. “I am excited and energized for what’s to come under Nacho’s leadership and guidance,” Davis said in a press release. “Throughout his career at the company, Nacho has helped to cement Univision as a key partner to the entertainment, and Latin music ecosystem, super-serving audiences, building business opportunities, bringing to life today’s best productions, with the biggest artists and tomorrow’s rising stars across the record-setting network TV properties, adrenaline-fueled events, and fast-growing digital platforms.” Meyer said he was looking forward to “continuing to deliver on our commitment to inform, empower and entertain our audience.”

‘All The Beauty And The Bloodshed’ Takes Golden Lion; Acting Nods For Blanchett & Farrell

‘Rings Of Power’ Aftershow ‘Inside The Ring’ Episode 3: Settling The Score; Welcome To Númenor