Home » Business » States Where the US Military Spends the Most Money 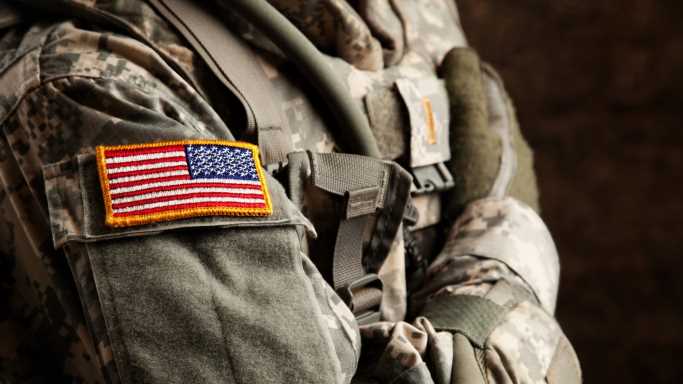 States Where the US Military Spends the Most Money

The U.S. spends by far more on defense than any other country in the world. A majority of those funds remain in the country, propping up state economies with hundreds of billions of dollars every year from the U.S. defense budget. (Here is what the U.S. spent on the military every year since 1970.)

In fiscal year 2020, the Department of Defense spent $593.9 billion on contracting and personnel in all 50 states and the District of Columbia, or approximately $1,803 per U.S. resident and 2.8% of the country’s gross domestic product. The DOD’s budget in that fiscal year was $721.5 billion.

Most of this money, $439.4 billion, went to contracts for products and services, with more than half of that set for supplies and equipment such as aircraft, ships, weapons, and parts. The rest went to research and development and construction. (These are America’s future weapons.)

Out of the $154.6 billion spent on payrolls, 46% went to active-duty military personnel and 40% went to civilians. The rest went to the National Guard and Reserves. At the state level, defense spending varies considerably.

To identify the states where the military spends the most money, 24/7 Wall St. reviewed the Defense Spending by State report for fiscal year 2020 from the DOD. States were ranked by total contract and payroll military spending. Additional data included defense spending as a percent of state GDP and per state resident. Total population figures for each state are five-year estimates from the Census Bureau’s 2020 American Community Survey.

Total contract and payroll military spending ranges from $456.4 million Wyoming, the least populous U.S. state, to $83 billion in Texas, the country’s second most populous state. Defense spending exceeded $60 billion in two other states – California and D.C.-adjacent Virginia. Virginia is also the state with the highest defense spending as a percentage of GDP, at 11.3%.

Defense spending types vary by state. For example, Hawaii, a Pacific outpost in the U.S. sphere of military influence, is among the top 10 states for defense personnel spending but is not a significant recipient of R&D and contracting spending. Missouri, on the other hand, is among the top 10 recipients of defense contract spending but not a major recipient of personal funding. Virginia, a center for both defense contracting and personnel, ranks at or near the top in both categories. (These are 20 companies profiting the most from war.)

Here are the states where the military spends the most money